TORONTO: Biologists have discovered a new, extinct family of insects that will help scientists better understand how some animals responded to global climate change and the evolution of communities. 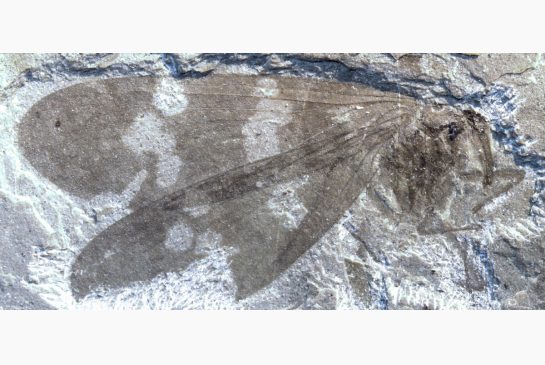 The researchers have named the new family the Eorpidae, after the Eocene Epoch, the age when these insects lived some 50 million years ago.

The fossils were found in British Columbia and Washington state, most prominently at the McAbee Fossil Beds near Cache Creek.

This new family raises questions about its extinction. Insect families have steadily accumulated since before the Eocene, with few, scattered losses - apart from the distinct exception of a cluster of family extinction within a group of scorpionflies that includes the Eorpidae.

"The Eorpidae was part of a cluster of six closely related families in the Eocene, but today this group is reduced to two. Why were these different?" said Bruce Archibald from Simon Fraser University in Canada.

"We believe the answer may lay in a combination of two large-scale challenges that would have hit them hard: the evolutionary diversification of a strong competitive group and global climate change," he said.

In a major evolutionary diversification, ants evolved from a small group to become major ecological players in the Eocene, now competing with these scorpionflies for the same food resource in a whole new, efficient manner.

"These scorpionfly families appear to have retained their need to inhabit cooler climates, but to persist there, they would need to evolve toleration for cold winters, a feat that only the two surviving families may have accomplished," Archibald said.

"Understanding the evolutionary history of these insects adds another piece to the puzzle of how animal communities change as climate does but in this case, when an interval of global warming ends," he said.

The study was published in the Journal of Paleontology.