Gorkhaland and Bodoland has worried the Congress after Move on Telangana

Even as the UPA coordination panel and the Congress Working Committee (CWC) are expected to take a view on Telangana in the next few days, the clamour for separate states of Gorkhaland and Bodoland has worried the Congress leadership which appears set to divide Andhra Pradesh. 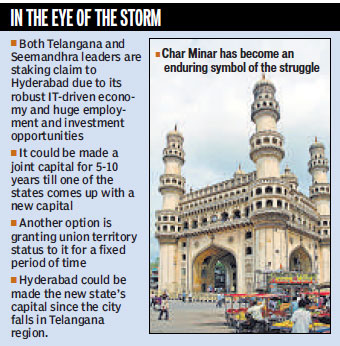 The Gorkha Janamukti Morcha (GJM), which is spearheading the separate statehood campaign, has called a 72-hour strike from Monday. GJM president Bimal Gurung termed it the start of the final battle for Gorkhaland and declared that he would resign from the post of chief executive of the Gorkhaland Territorial Administration, an autonomous and elected hill council

The move on Telangana has also reignited the long-standing demand for carving out Bodoland from Assam.

But as the Congress leadership appears determined to go ahead with the creation of Telangana, the issue has been a cause of deep divide in the party. Andhra Pradesh chief minister Kiran Kumar Reddy has issued a veiled threat to step down from his post if the state is bifurcated.

During his meeting with Congress president Sonia Gandhi and other leaders on Friday, Reddy is learnt to have told them that “creating Telangana is a suicidal step and that it would be difficult for me to preside over any move to bifurcate the state. I will not be a party to any destructive decision”.

The resignation threat by Reddy and state ministers from coastal Andhra Pradesh and Rayalaseema is to safeguard their own political interests.

Andhra ministers from Seemandhra, who have been camping in Delhi for the past few days, also wrote to Sonia Gandhi, urging her not to split the state. They have sought an appointment with Gandhi.

The delegation is understood to have conveyed to the Prime Minister that the creation of Telangana would not be in the interest of Andhra Pradesh or the country.

Talking to reporters after the meeting, Bapi Raju said they told the PM that formation of Telangana will escalate the separate statehood demand in Maharashtra, West Bengal, Uttar Pradesh, Madhya Pradesh and other states.

In a day of hectic developments, AP ministers from Seemandhra, camping in Delhi for the past few days, met at KS Rao’s residence to chalk out their strategy to prevent the bifurcation of the state.

The group, led by S Sailajanath, has conveyed to the Congress leadership that the ministers (15 of them) would have no option but to quit, if the party and the UPA government decide to go ahead with formation of Telangana state. “The Centre has not yet taken any decision. There is no need to panic over media reports. We will resign if the state is divided,” Sailajanath said.