Bollywood couple Rishi and Neetu Kapoor are extremely angry about holiday snapshots of their son Ranbir with his alleged sweetheart Katrina Kaif. 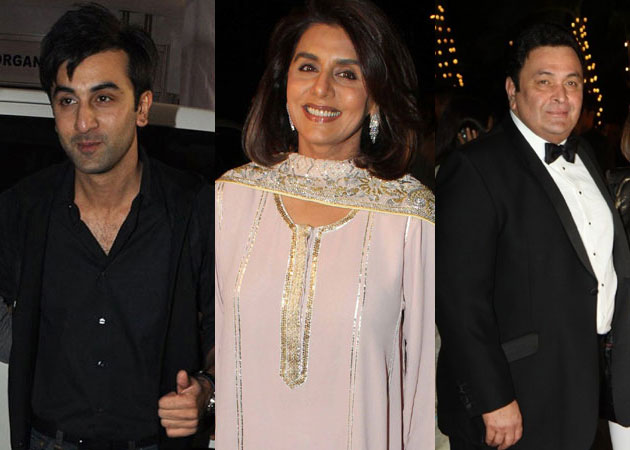 There's no denying that there has been a sudden spurt in the number of photographs and buzz about Ranbir Kapoor's alleged romance with Katrina Kaif grabbing headlines. And those close to the Kapoors say that the actor's parents, Rishi and Neetu are extremely upset with their son's personal life being splashed across the pages.

Sources say his mother is especially miffed with his love life being talked about in the open. Intimate photographs of Ranbir and Katrina from their recent holiday in Ibiza is what seems to have upset the actor's parents.

A source says, "Ranbir's parents have never reacted very well to news about their son's dalliances. They feel this will affect his professional life."

An enraged Rishi Kapoor said, "I don't subscribe to this nonsense," before abruptly ending our phone call.

Blast from the past

After Sonam Kapoor and Deepika Padukone slammed Ranbir Kapoor on Karan Johar's chat show a few years ago, it apparently annoyed the Kapoors to no end. Rishi even went to the extent of saying he would never work with Karan again. They eventually patched up.