The Congress has put the contentious Telangana statehood on the fast track, with all available indications so far suggesting that the top leadership is in favour of creating a separate state. 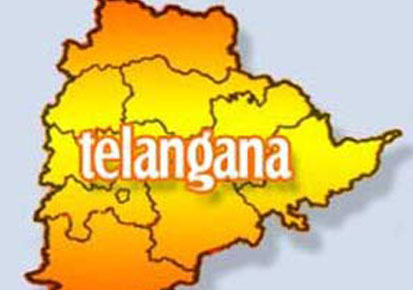 The final decision, however, on carving out Telangana from Andhra Pradesh, is awaited.

"The consultation process is over. Now await the decision of the party as well as the (Congress-led) UPA government," Congress general secretary in-charge of Andhra Pradesh Digvijaya Singh said after a meeting of the party’s core group on Friday.

The final call will now be taken by the Congress Working Committee (CWC), the party’s highest decision making body. Though the date for the CWC meeting is yet to be fixed, it is widely expected to be held before the commencement of the monsoon session of Parliament on August 5.

In his meeting with Congress president Sonia Gandhi, just before the core group consultations, Reddy is learnt to have told her that "creating Telangana would be a suicidal step and it would be difficult to preside over any move to bifurcate the state".

While the BJP, TDP, TRS and CPI are in favour of Telangana, the All India Majlis-e-Ittehad-ul Muslimeen (MIM) and CPM are opposed to the move. The YSR Congress is yet to open its cards.

There is a deep divide within the Congress on the issue as well. Party leaders belonging to coastal Andhra and Rayalaseema are opposed to division of the state.

MIM chief and Hyderabad MP Asaduddin Owaisi has asked the Congress not to take a unilateral decision and demanded an all-party meet on the issue.

As the political scene shifted to Delhi from Andhra Pradesh, Congress leaders from Seemandhra (Rayalaseema and Andhra regions) made last ditch effort to stall a possible decision on the issue.

In Hyderabad, two more ruling Congress legislators from non-Telangana regions are said to have quit on Friday, a day after 16 YSR Congress MLAs barring party floor leader YS Vijayamma and one from Congress announced their resignations in support of a united Andhra Pradesh.