U.S. sanctions against any country offering asylum to Edward Snowden

WASHINGTON — U.S. sanctions against any country offering asylum to Edward Snowden advanced in Congress Thursday as the 30-year-old National Security Agency leaker remained in a Moscow airport while Russia weighed a request for him to stay permanently. 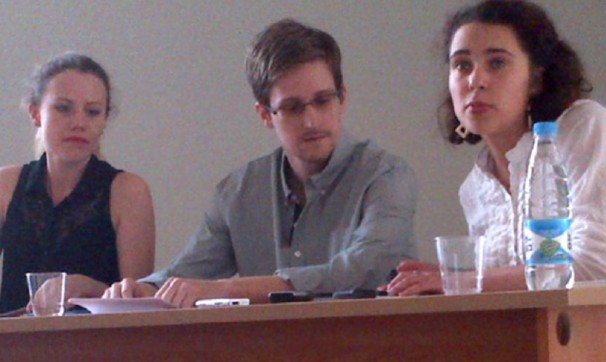 The measure introduced by Sen. Lindsey Graham, R-S.C., demands the State Department coordinate with lawmakers on setting penalties against nations that seek to help Snowden avoid extradition to the United States, where authorities want him prosecuted for revealing details of the government’s massive surveillance system. The Senate Appropriations Committee approved the proposal unanimously by voice vote as an amendment to next year’s $50.6 billion diplomacy and international aid bill.

Venezuela, Bolivia and Nicaragua have offered Snowden asylum since his arrival at Moscow’s Sheremetyevo airport a month ago, shortly after identifying himself as the source of a series of news reports outlining the NSA’s program to monitor Internet and telephone communications. It was believed he would then fly to Cuba. The U.S. then canceled his passport, stranding him, with Russia yet to authorize his request for temporary asylum or allow him to fly on to another destination.

Snowden wants permission to stay in Russia, his lawyer said Wednesday after delivering fresh clothes to his client. It’s unclear how long the Kremlin will take to decide on the asylum request.

The Obama administration says the surveillance has foiled a number of terrorist plots against the United States. It says the public outing of its programs are helping terrorist groups change their tactics.

The case also has sparked tension between Moscow and Washington at a sensitive time, less than two months before President Barack Obama’s planned talks with Russian President Vladimir Putin in Moscow and again at a G-20 summit in St. Petersburg.

The relationship is already strained by a Russian crackdown on opposition groups, American missile-defense plans in Europe and the former Cold War foes’ opposing views of the civil war between Syrian President Bashar Assad’s regime and rebels.

Copyright 2013 The Associated Press. All rights reserved. This material may not be published, broadcast, rewritten or redistributed.