The Darjeeling police on Saturday arrested a youth from the town area for trying to sell prohibitory drugs. Nairitya Rai (24) of Tukvar-II division tea estate, about 15 km from Darjeeling town, is a history-sheeter and had been under police observation for quite a while. 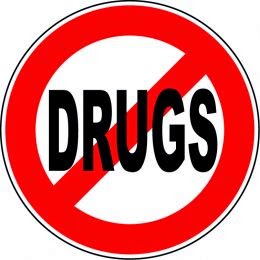 Acting on a tipoff the Sadar police raided the Lal Dighi area in the heart of the town and arrested Rai with medicinal drugs which did not have the required prescription. “The accused has a history of such illegal activities and we were keeping a close watch on him. He had laid low for some time but a couple of day back we got information that Rai was again on the move. On Saturday, we got a tipoff that Rai was seen near Lal Dighi. We reached the spot and found Rai roaming suspiciously in the area and on searching him, we recovered unaccounted medicines,” said a police official who was part of the raid.

Police confiscated ten strips of Nitrogen-10 and eight strips of Spasma Proxyron tablets from Rai which did not have a doctor’s prescription. Rai has been arrested under section 27(b) (II) of the Drugs and Cosmetic Act. The accused was produced to the Chief Judicial Magistrate (CJM) court today and has been sent to five days police remand for further questioning and will have to appear before the court on June 12 for the next hearing.

Sources within the police department have admitted the growing menace of youths selling drugs and substances is on the rise even though every effort is being made to curb this anti-social activity. “It is difficult but we are doing everything in our disposal to ensure such activities do not occur. We appeal to the people to help us in identifying and providing information of individuals involved in such trade which is detrimental to the society,” the source urged.