Prime Minister Narendra Modi felicitated Major. Deep Pradhan of VI Garhwal Rifles (GR) for developing an Android-based mobile application which can be helpful for the armed forces in navigation and locating the enemy position at the time of war.

Incidentally, Pradhan who is an expert in computer programming was bestowed with a certificate of excellence on the occasion of Army day on January 15 by the Prime Minister Narendra Modi.

One of the significant achievement of Pradhan is that his application can be used without the facility of Global Positioning System (GPS).

Major Pradhan is a third general army officer whose family lives in Hathibarkala area of Dehradun. An elated Colonel D K Pradhan (Rtd) who is father of young Major, said that Deep developed an affinity for computer since his childhood and kept it till date. 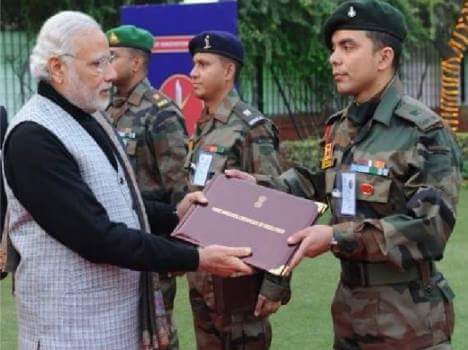