Khambu Rai and Limbu Development Board to be formed: Mamata Banerjee

Khambu Rai and Limbu Development Board will be soon announced by Mamata Banerjee who is in a visit to Darjeeling. She is likely to announce these development boards on Netaji Subhas Chandra Bose’s birth anniversary celebration event on 23rd Jan in Chowrasta Darjeeling.

This has come as surprise to many because the Kirat Khambu Rais were fighting for Tribal status. "All India Kirati Khambu Rai Association Strongly condemn the use of our flag for the demand of Development Board. Our organisation ideology do not allow us to accept "Development Board" given by State Government of West Bengal. The use of the Flag without the permission of the organisation is unethical and crime" one of the social media post read.

"I have received several requests for setting up of development boards for various communities, among them, Khambu Rai and Limbu Board will be formed, meanwhile, we will consider for other communities too", Chief Minister Mamata Banerjee said at the concluding ceremony of Himal Terai Sports Festival 2016 held at North Point today.

She also gave away prizes at the sports festival, which was jointly organised by Siliguri Police Commisionerate, West Bengal Sports Department and Darjeeling Police.

‘I will continue to work for you always. I don't pay attention to hate-mongers. I just do my developmental work,’ she said.
‘We are providing Rs 1 lakh each to the Sherpas for their development. We have provided a grant of Rs 131 crore for uplift of the Hills communities,’ Mamata Banerjee said.

‘We are providing sports equipment and jerseys to the sports-persons who are taking part in these events. All the clubs have been granted Rs 25,000,’ she added.

She will be present during the official celebration to mark Netaji Subhas Chandra Bose’s birth anniversary at Chowrasta tomorrow. 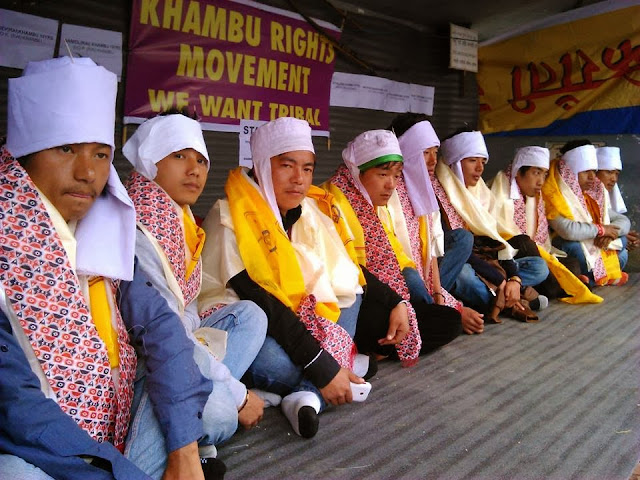