With the motto of "Uniting Youths Through Sports", the B.Barooah Gorkha Cultural College Unit, (Guwahati, Assam) in association with All Assam Gorkha Student's Union (AAGSU) Guwahati Mahanagar Committee is organising a first ever Inter-College Football Tournament'16, featuring six of the prestigious colleges of Guwahati, in the honour and memory of the great soul Saheed Major Durga Malla. 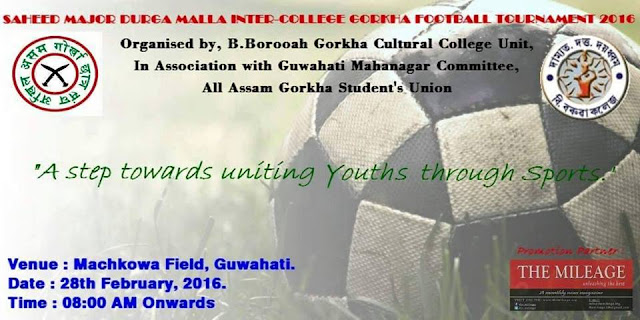