She moved to Kolkata – the city of joy for her studies in 2011 and has loved the city and its people despite all racist taunt she has had to bear from time to time. She says someone calling me, “Chinese... Momo... Chowmein... are a regular thing now, and I have gotten used to it.” However, what happened yesterday has left her faith in the city and its people a little shaken.

She has her final exams starting from the 8th of March, and the last thing she needed was sexual harassment, that too in public.

Here is what happened, in her own words.

She stated, “basically I live alone here in a rented flat, and as this is the start of the month, I went out around 6 pm to get cash from the ATM and then headed to Reliance Fresh near my locality [Netaji Nagar, Tollygunge]. While shopping from my list, I realized that Dal ko packet was not available... so I asked a staff who was standing there if Dal ko packet is there? He said “No”... so I told him to pack half kilo dal for me. I then turned around to get my other stuffs…

As I turned back to fill in my basket, he said ‘Maam Apka Dal'

It took me some time to react, and when I could gather my wits around, I asked him, “are you out of your mind? What the hell are you doing?”

Then may be the realization hit him that I am not going to keep quiet, he said “sorry maam,” but I could not stop there. 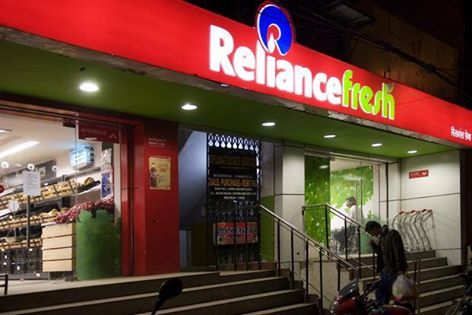 In desperation, I shouted at him threatening him to complain to the manager and all.. that I m a law student and I know what you did is an offence…

That is when another staff came n asked “what happened?” I called for the manager or the man in-charge, no one came. I had to walk up to the counter and talk with the man there about what happened

Then he went to that man who showed me his penis and called him... In front of the manager the flasher told me, “Maam aapko sorry toh bol diya tha… galti se huwa” and that was it.

Nobody helped me... nobody scolded him or stood up for what is right. Instead that In-charge told me “Maam galti ho gaya sorry” and left it at that.

What infuriates me is the fact that this is not the first time that something like this has happened… “earlier it was a stranger who flashed me on a road… I was shocked as such things would never happen in Darjeeling… so I told a few friends of mine... and though I don;t want to name them, what they said still haunts me… one of them responded...actually chinky log ko n north easterns ko dekh ke people think bad.. may be kuch galat karti hai… bar dancer hai and all.. that is why yeh sab….”

Coming from someone whom I considered to be a close friend was such a let down and a shocker for me. I mean... I was wearing a proper t-shirt n full jeans… so I felt, if t-shirt and jeans allows morons to flash in front of me, then what will happen when and if I wear something short and open and go there? Will he come and touch me?”

The man who showed me his man parts must have been driven by the same notions, and going by the utter lack of accountability on the part of in-charge, I wonder if incident such as these are perhaps a normal thing for people here?”

We inquired if she complained to the police, she said, “I called the women helpline 1091, but I was disgusted… all they did was they wrote down my name and address and asked me what happened and they hung up.”

So we volunteered to inquire with the police on action taken and also inquire with Reliance Fresh on the lack of action on the part of the manager, and also suggested her to file an FIR at the earliest.

Perhaps it’s the caring Gorkha heart, Rajshree doesn’t want to pursue legal action against the culprit. She says, “All I want is him to be sorry for real…. I don’t want his job to go down the drain… may be he has mouths to feed… I don’t want him to be arrested, as I think all it will lead to is for another criminal to be born”