TMC for re-poll in eight booths

April 18: The Trinamul Congress in the hills today alleged that there was widespread rigging at eight booths in Darjeeling Assembly constituency and demanded re-poll in all of them.

N.B. Khawash, the general secretary, Trinamul (hills), said: "We want re-poll at eight booths. We have received complaints that there was widespread rigging in the booths. Moreover, two Gorkha Janmukti Morcha supporters were arrested while casting false votes at a booth in Singamari." 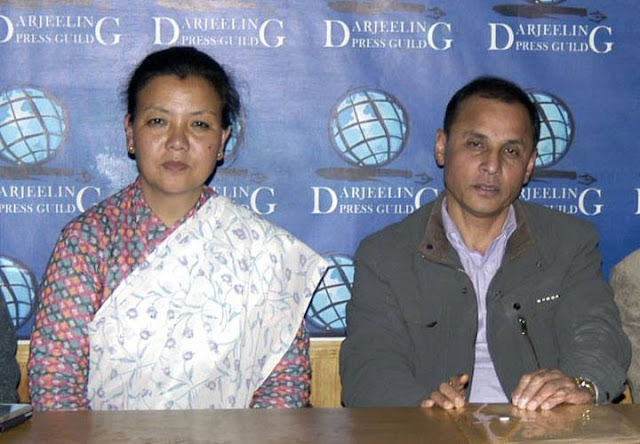 District magistrate Anurag Srivastava said the scrutiny of the EVMs had been held this morning in the presence of the candidates or their representatives. "I was also present. But none raised the allegation of rigging. The re-poll can be ordered only by the election observer," he said.

In another development, traffic in Kalimpong town came to a grinding halt for an hour this morning when some polling officials staged a road blockade at Thanadara. They were protesting against the authorities' alleged failure to provide them with vehicles to return home after overseeing the polling.

About 80 polling officials blocked the road.

A senior election officer, however, said some of the polling officials did not want to make a late night journey and stayed back on their own.

The protesters were finally given vehicles to go home.