Kolkata treats Darjeeling as a colony

The Gorkha community has umbilical links with soldiering, hard work, honesty, dedication and national service. As a veteran I see two events occurring simultaneously – firstly the assault on the Army and secondly, the perils of the Gorkha community. Suddenly a section of intellectuals are passing most untenable remarks at the Army and its chief.  Spiritual Guru Vasudev Jaggi was sought to be dragged into controversy seeking his opinion on the action of a young officer taken in the heat of the moment on the battlefield in Kashmir.

The reply is now viral on the Fauzi circuit. Was there a sinister motive to link the action to religion, or else why seek opinion of a Guru? When one adds the fact that the questioner also wrote on the so called coup attempt by the Indian Army, one wonders, whats wrong with our intellectuals, why are they behaving like their Army’s enemy?

Historian Partha Chatterjee should look within, the Bengal government is violating human rights in Darjeeling, the actions and historical perspective that he describes are being enacted in his own state. He needs to put the house in his state in order.

There is violence all over the hills, and it has travelled all the way down to the Dooars region.

The Gorkhas are indigenous people. The Indian subcontinent houses a large number of nationalities. The same stock of people has different nationality thus there is “unity in diversity”. It’s another matter that citizens of Pakistan are trying to find a Saudi connect which never existed.

Gorkhas are Hindus thus inhabit the subcontinent region, thus are indigenous people.  Upendra Mani Pradhan writing for merinews.com has exhaustively covered these issues in “Why Gorkhaland: A Guide for Starters.” [Details: http://bit.ly/1m1K4b4]

The Gorkha is an Indian citizen who does not wish to be identified with the citizen of Nepal who wishes to be called a Nepali. The 1950 treaty between India and Nepal clause 7 allows people with similar names and mannerism to migrate with open borders thus there is a mix up on the identity, a book written by this author “Gorkha: Society and Politics” explains it all. The open borders will remain as there is a special relationship with Nepal.

The political leadership must examine the security fallout of the on-going agitation as the Gorkhas contribute the maximum regiments to the Indian army.

If the identity problem remains and 1.25 crore Indian citizens identity is questioned, does it demand a lathicharge or the desire to solve the problem. Why is the intelligentsia silent on the burning issue? Gorkha Regiments were numbered from one to ten. They were numbered based on what one can call sub identities, which is now being exploited by the Bengal government by setting up Tamang or Lepcha development boards.

The Gorkha in India stands for an umbrella organization, multi faith, multi cultural, multi religious, and there are a fair prominent sprinkling of Christians and Muslims as well in addition to  Gurung, Magar, Chhetri, Thapa to name a few.
Why creation of a state? Bengal is not a viable state, it is backward and it does not grant funds for the development of the hills. A lot of our friends are hurt on the name of Gorkhaland but doesn’t development matter? Are smaller states not more viable? The government needs to create a viable state, which is in the forefront of three national boundaries.

It has to be economically viable, well administrated and fit into the scheme of look east policy of modern India. This geographical land mass which has no commonality with the rest of Bengal needs to be freed from the apron strings of Kolkata based Writers’ Building, the state secretariat. A new state needs to be created.

Darjeeling till 1935 was a non regulated area; it joined Bengal for administrative connivance. The current situation demands unity at all levels. This is the time to be united and those in and around Delhi need to take the cause closer to the national main stream. There are healthy signs the all party meeting at Darjeeling has expressed solidarity for the cause of Gorkhaland.

Let’s hope the various Gorkha stake holders stay united, but our hearts go out to those in the hills of Darjeeling who are getting the stick of the state, when asking for their rights to be ruled effectively. Is this what democracy is all about? 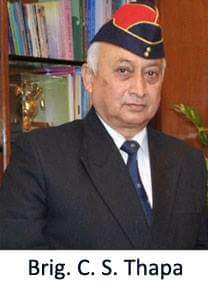