Senior Communist Party of Revolutionary Marxist (CPRM) leader and former Member of Parliament RB Rai has come out strongly against the proposed implementation of Bengali as a compulsory languages to be taught in schools.

Speaking to the press Mr RB Rai who was one of the leading figures in the struggle for the recognition of Nepali as one of the National languages of India under the VIIIth schedule of the Indian Constitution, said "the third language should remain optional and shouldn't be made compulsory and shouldn't be forcefully implemented... Optional means the right to choose, there was talk about having a third language in schools earlier too and Hindi along with other languages were given as a choice for the third language... today they want to remove Hindi and make Bengali language mandatory... we will not accept this... no one can impose the language people don't want to learn and we oppose any such move in strongest terms."

Mr. Rai also said, "this issue should not be given a political colour, and people from various backgrounds such as Literature, Education and Society should give leadership to the movement opposing any such move... and if it is done at a political level, then a collective leadership must be formed to steer the language related protests." 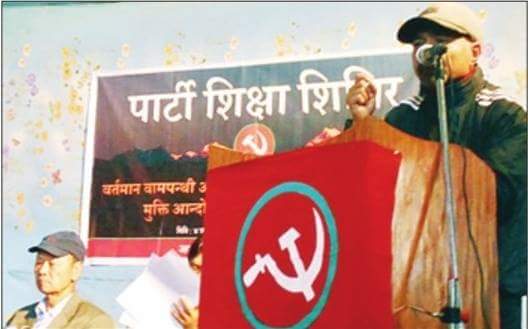