Neither he nor any of his men were present at the spot where Malik was shot and the AK47 rifles and other weapons were all planted, alleged Gurung. He said the rifles were part of the cache of arms earlier seized from members of the Kamtapur Liberation Organisation (KLO) in north Bengal.

The government claimed after the incident that a large cache of arms and ammunitions were recovered from a training camp of the Gorkhaland Personnel (GLP). In the audio message, Gurung alleged the encounter was “staged” by the Bengal government to tarnish his image and corner him politically.

Gurung said, “It is a conspiracy hatched by the state government and the killing of the police officer was also a part of larger conspiracy.”

Gurung, who is in hiding for almost four months, said: “Neither did we have a camp nor did we carry arms and ammunition. The administration is doing this so that I cannot appear before the people of Darjeeling. But no conspiracy can stop me from reaching out to them.”

He reiterated that he will appear before his supporters on October 30.

“The weapons police claimed to have recovered from a GLP camp were planted. These were recovered from KLO militants when they surrendered. They weapons were planted to defame me and finish the Gorkhaland movement. The Bengal police is conspiring to kill me,” said Gurung who is facing serious charges under Unlawful Activities Prevention Act.

Without naming Benoy Tamang and Anit Thapa, the two expelled GJM leaders who are now heading the board of administrators of the Gorkhaland Territorial Administration, Gurung said, “Two or three people are trying to sell the entire Gorkha community but I will not let them succeed.” 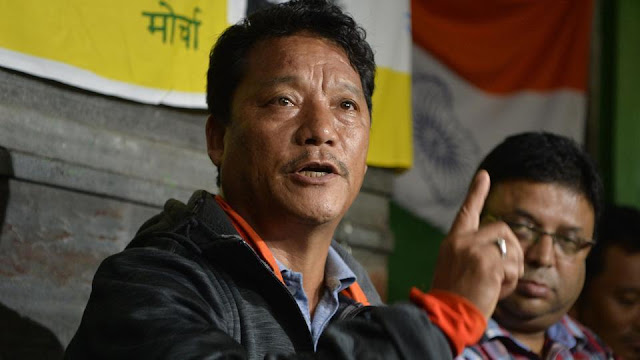