New Delhi, Oct. 11: The Union home ministry has formed a negotiation committee of its officials to initiate a composite dialogue with the Mamata Banerjee government and representatives of the Gorkha Janmukti Morcha on the Gorkhaland issue, government sources said.

The sources said the Centre was committed to help the Bengal government find a permanent solution and ruled out any direct intervention in Darjeeling.

"We are working out the modalities and parameters before initiating the process," a home ministry official told The Telegraph.

He did not spell out the terms of reference of the committee, its tenure and which of the two factions in the Morcha -- the Bimal Gurung camp or the Binay Tamang-Anit Thapa group -- would be called for the talks.

"After holding the talks, the committee will submit their recommendations to the Centre," the official said.

Home minister Rajnath Singh had announced on September 26 that a meeting would be convened within a fortnight (the 15-day window closed today) to discuss all related issues and issued an appeal, following which Gurung had called off the 104-day-old strike.

"Certain issues have to be sorted out before kick-starting the composite dialogue process with the stakeholders," the official added.#Another official hinted that Rajnath might speak to chief minister Mamata Banerjee. "Before initiating the talks, the Bengal chief minister will be taken into confidence and the dates of the meeting will be decided only after the state government consents," the official said.

The Centre has been adopting a cautious approach, given the region's strategic borders. "In a federal structure, the state government needs to examine it (the statehood demand) and take a call. We are more concerned about the security aspects." 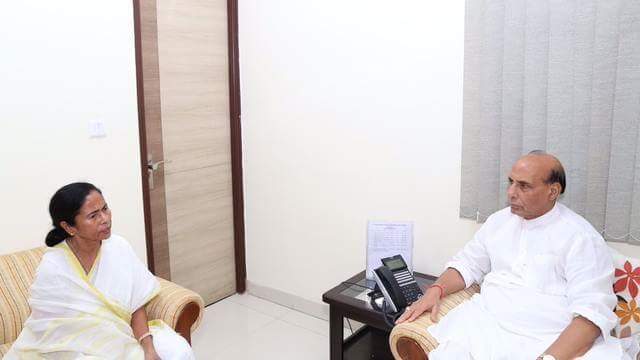