BJP West Bengal president Dilip Ghosh Saturday said the party had never talked about Gorkhaland nor was it in favour of formation of states on the basis of any linguistic group or community.
“We had never talked about Gorkhaland. Didi (Mamata Banerjee) had signed Gorkhaland Territorial Administration accord. We are not in favour of creation of states on the basis of any linguistic group or community. We had said this earlier too,” Ghosh told reporters in Alipurduar.
“If states are to be created on the basis of linguistic group or community, we have to support everybody like Kamtapuris, Rajbanshis. They also demanded separate states. We don’t support this.”
“If states were created on that basis, others cannot live there. Assam has more Gorkha population than Bengal. What will happen there?” he asked.
The state BJP chief, however, said the Centre will look into whether any new state will be created or not. Asked that local BJP leaders had attended the meeting called by the Gorkha Janmukti Morcha, which is spearheading the movement for Gorkhaland, he said “Only one leader had gone there due to political pressure in the hills”.
The GJM is an ally of the BJP.
On cases filed against GJM chief Bimal Gurung by the police, Ghosh said “Most of these cases are false. Such cases were also filed against me. I had challenged them to arrest me.” Ghosh held Chief Minister Mamata Banerjee responsible for the current unrest in the hills.
“She had signed the GTA agreement. If she believed that GTA can usher in development then why was separate fund given to the district magistrate? Why were 11 development boards formed in the hills?” he asked and alleged that it was done to weaken Gurung and the GJM.
It would be easier for the Trinamool Congress to expand its organisation in the hills if Gurung is arrested, he added.

( news credit by wake up darjeeling ) 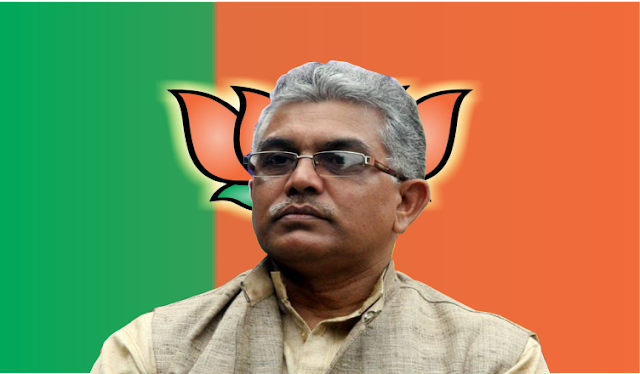