NCW SUBMITS REPORT ON ATROCITIES AGAINST WOMEN IN DARJEELING HILLS

The National Commission for Women (NCW), submitted a report on atrocities against women during the Gorkhaland agitation in Darjeeling Hills, to Home Minister Rajnath Singh today, the commission highlighted many cases of atrocities committed by the police and noted that a large number of innocent civilians including women were implicated in various cases and had been languishing in jails or out on bail. 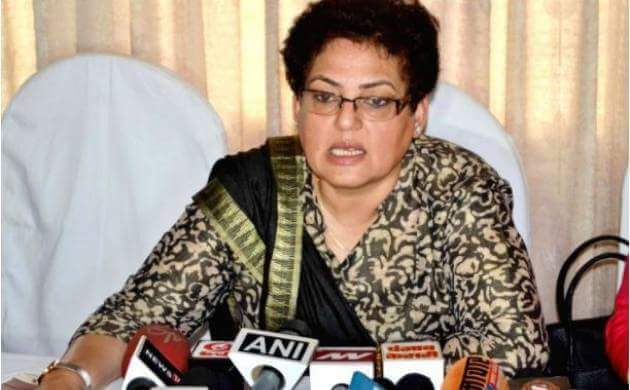 According to an official statement, the commission noted that notices were being issued to many civilians for striking down their names from the electoral roll.

The women's panel has recommended that immediate medical and psycho-social counselling/intervention should be provided to the victims and proper inquiry should be conducted in cases where women were implicated as criminals and languishing in jails or have to visit courts frequently because of a large number of cases against them.

Officials against whom departmental inquiries are pending should be expedited, it stated.

"The issue of arbitrary removing of names of civilians from the electoral roll needs to be brought to the notice of the Election Commission," it said.

The NCW, in its statement, also mentioned that the administration was hostile and non-supportive of the inquiry and most of the officials were either on leave or refused to meet its inquiry committee, while most of the victims were threatened not to interact with the team.