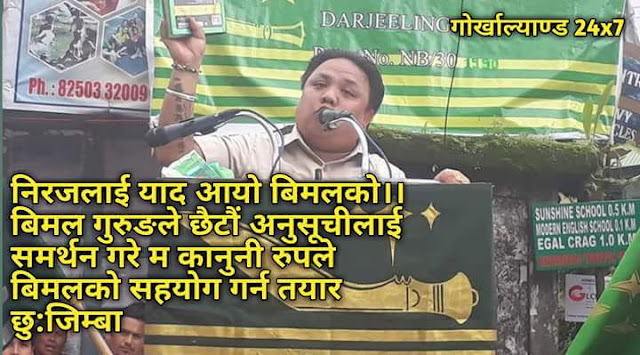 The West Bengal government has issued transfer orders to two government employees for allegedly indulging in “anti-government activities” and “trying to stir up unrest”.

This comes after the district administration wrote to the state school education department, accusing the teachers of “trying to stir up unrest” in the Hills, and requested their transfer to Presidency, Midnapore or Burdwan divisions. The Indian Express is in possession of the letter from the district administration to principal secretary, School Education Department.

Political parties in the Hills, including the Gorkha National Liberation Front (GNLF), have slammed the move.

Joyoshi Das Gupta, district magistrate, Darjeeling, told The Indian Express, “There are government servants in different departments, including teachers, who have stayed back in Darjeeling for years without transfers. A section of such officials neglect duty and services, and welfare schemes do not reach the people. Moreover, it has been found that they have been involved in acts unbecoming of government employees and stirring up locals. Action is being taken according to rules. This is to ensure that people get the benefit of government initiatives.”

“In the recent case, the teachers have been found to stir up unrest by making false promises to locals in the name of forest rights. In one case, a teacher was also found spreading misinformation through social media,” she added.

“In the past one year, six or seven such people, comprising teachers and nurses, have been transferred for acts unbecoming of a government employee,” she said.

Meanwhile, one of the teachers who faces action plans to knock on the court’s door.

“I received a transfer letter on Saturday from the state school education department. I will have to go to court. I was involved in a democratic agitation for rights of forest land. I spoke with the local residents and we demanded that Forest Rights Act 2006 be properly implemented in Darjeeling. I think that is why I am being transferred. Education is under Gorkhaland Territorial Administration (GTA), but the letter has been sent by the school education department,” Lila Kumar Gurung told The Indian Express.

Gurung, who is also general secretary of Himalayan Forest Villagers Association, has been transferred from Kumai High School in Kalimpong to Rimbik High School, near the Nepal border.

A government official said, “He (Gurung) has been found to stir up local residents. Despite being a government employee, he has been found to make anti-government statements on social media. In a surprise visit, it was found that he stayed absent from school on many occasions. He has been transferred within the Hills. But he wants to stay in the same area.”

GNLF spokesperson Neeraj Zimba criticised the move and targeted GTA chief Binay Tamang. “The transfer order of Sri Lila Kumar Gurung is part of Binay Tamang’s political dealings as openly declared by him in public meetings. For the first time in the history of Gorkha politics, we have seen a nominated stooge openly declare from a public platform that he will politically victimise all those who do not support him. All should protest against this,” Zimba said in a statement on social media.

Despite repeated calls, Tamang could not be reached. 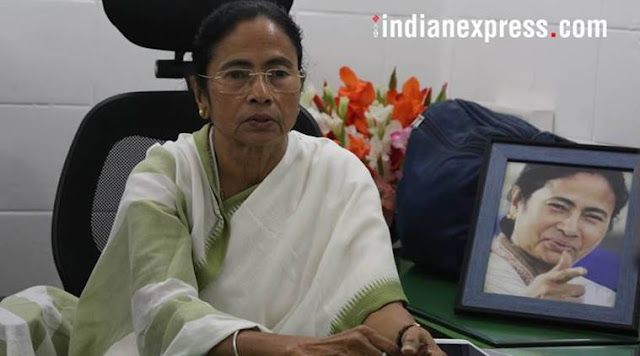 GNLF March for implementation of the Sixth Schedule in Darjeeling Hills

The most prominent and important structural change in the administration is the grant of political autonomy and statehood in North East India. This process goes back to the British Era when the Interim Government of India had appointed a sub-committee to the Constituent Assembly, viz. North- East Frontier (Assam) Tribal and Excluded Areas Committee under the Chairmanship of first Assam Chief Minister, Gopinath Bardoloi. The committee recommended setting up of autonomous district councils to provide due representative structures at the local level to the tribal population. The recommendation was later incorporated into Sixth Schedule (article 244 (2) & Article 275(1)) of the Indian Constitution.
Provisions of the Sixth Schedule As per the Sixth Schedule, the four states viz. Assam, Meghalaya, Tripura and Mizoram contain the Tribal Areas which are technically different from the Scheduled Areas. Though these areas fall within the executive authority of the state, provision has been made for the creation of the District Councils and regional councils for the exercise of the certain legislative and judicial powers. Each district is an autonomous district and Governor can modify / divide the boundaries of the said Tribal areas by notification. Currently, there are ten such Councils in the region as listed below:

Analysis: Assessment of Sixth Schedule in North East First, we should note that the Sixth Schedule was primarily adopted to address the political aspirations of the Nagas. But the Nagas refused it because they said it was too little. The Sixth schedule lays down a framework of autonomous decentralized governance with legislative and executive powers over subjects like water, soil, land, local customs and culture. The Legislations passed by the Autonomous councils come into effect only after the assent of the Governor. Except Tripura and Bodoland councils, these bodies have also been given judicial powers to settle certain types of civil and criminal cases also. Thus, the councils under the sixth schedule have been given more power than the local governments under the 73rd and 74th amendments in the rest of the country. It has been established that this autonomy paradigm has brought a degree of equilibrium within the tribal societies mainly via the formal dispute resolution under customary laws and through control of money-lending etc. In Assam, Tripura and Mizoram, the autonomous councils have power to decide if a State legislation on subject matters under the autonomous councils should apply to their territories or not. Similarly, the Union legislations on similar subjects can be excluded from applying to these areas by the State Government in Assam and the union Government in the other two States. However, there are certain issues due to which the sixth schedule has ended up creating multiple power centers instead of bringing in a genuine process of democratization or autonomy in the region.

They are as follows: Conflict of Power
There are frequent conflicts of interest between the District Councils and the state legislatures. For example, in Meghalaya, despite the formation of the State, the whole of the State continues to be under the Sixth Schedule causing frequent conflicts with the State Government. Para 12 (A) of the Sixth Schedule clearly states that, whenever there is a conflict of interest between the District Councils and the state legislature, the latter would prevail. Thus state enjoys the superiority, but then it is alleged that autonomous councils are mere platforms for aspiring politicians who nurture ambitions to contest assembly polls in the future. Disparity among Autonomous Bodies and Local Bodies This is another important area of conflict. The local bodies established via Seventy-third Amendment are more liberally funded through the State Finance commissions. In a state where there are more than one autonomous councils; one claims that it is being treated less favourably than other. For example, in Assam, there is a perceived preferential treatment to Bodoland Territorial Council in matters of budget allocations. Functioning of Governor The Legislations passed by the Autonomous councils come into effect only after the assent of the Governor.

However, Governor works as per the aid and advice of the state Council of Ministers. This makes many a times, the autonomous councils irrelevant as far as power to legislate is concerned. Remedies to Sixth Schedule problems several measures can be taken up as remedy to above problem.
Firstly, there is a need that Sixth Schedule is amended and Autonomous Councils are made to benefit from the recommendations of the state finance commission.

Secondly, state governments and the Autonomous Councils should identify powers under the Sixth Schedule that Governors may exercise at their discretion without having to act on the ‘aid and advice’ of the Council of Ministers.

Thirdly, the administration of the district autonomous councils should be periodically reviewed by a commission under Union Government.