Antitheft measures on Apple and Samsung

SAN FRANCISCO -- There's still more work to be done before the public learns whether experts were able to circumvent the latest antitheft measures from Apple and Samsung on their smartphones. 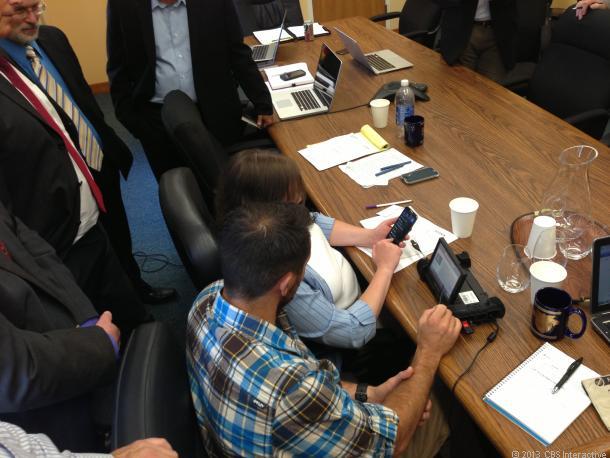 San Francisco District Attorney George Gascón told reporters here that results from Thursday's security tests on Apple's iOS 7 and the LoJack program for Samsung's Galaxy S4 are still being compiled, and urged patience for the results.

Those tests, which were done by the Northern California Regional Intelligence Center and publicized earlier this week, aim to stress-test the latest security from both phone makers to see whether they deter thieves who get their hands on the hardware. In Apple's case, the security feature being tested is not even publicly available yet, and still in development inside iOS 7, which is scheduled to launch this fall.

Nonetheless, Gascón said demonstrations from both companies were impressive.
"There are clear improvements to the technology that we saw, both for the new Galaxy phones as well as iOS 7 operating system," Gascón said, adding that there's still more work that needs to be done by both companies.

"We want to make sure that the manufacturers provide what we call a persistent universal system that has a kill switch that is free to the consumer, and we believe that the possibility to develop such technology is there, and I think we're moving in the right direction," he said.
As it stands now, the solution Samsung is offering currently requires a $30-a-year paid subscription from consumers. That represents a small cost of overall cell phone ownership with a two-year plan from a carrier, but still isn't free. Apple's program, which is free (though includes fewer features), requires the proper Apple ID credentials to do things like turn off Apple's device-tracking features, or reactivate a device that a user's deactivated.

As for progress with other phone makers, Gascón said his and New York Attorney General Eric Schneiderman's office hadn't seen "significant movement" from Microsoft or Google on similar antitheft efforts in their phones.

"They clearly do not have a plan yet to deal with the problem," he said.