A deal reached in Congress to allow the United States to ship arms to Syrian rebels could spur more support from other nations, blunting the military gains of dictator Bashar Assad and preventing him from crushing the rebel movement. 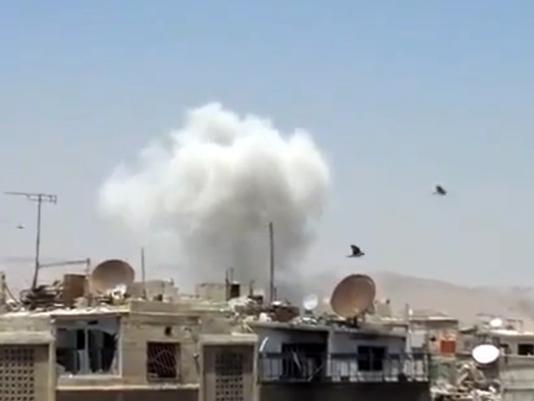 Syrian rebels say the decision by U.S. lawmakers to go along with President Obama's plan announced weeks ago to arm their factions will give them an edge.

"American military support may not be sufficient in and of itself, but American leadership in close coordination with our allies ... will create a significant shift on the ground," said Mazen Asbahi, president of the Syrian Support Group, a U.S.-based group of Syrians who are aiding the rebels.

Rep. Mike Rogers, chairman of the House Intelligence Committee, issued a statement saying committee members questioned the plan but have agreed it can move forward.

"The House Intelligence Committee has very strong concerns about the strength of the administration's plans in Syria and its chances for success," Rogers, R-Mich., said in a statement issued this week.

Rogers and other committee members declined to elaborate on the deal.

Obama announced in June that he intended to provide the rebels lethal means to combat Assad's forces after they crossed a "red line" by using chemical weapons against rebel strongholds in cities. The White House has said it planned to provide "light arms" to the rebels.

But no arms flowed because of concerns on Capitol Hill, among them worries that the arms would wind up in the hands of the many al-Qaeda aligned groups that are fighting in Syria.

White House spokesman Jay Carney said Tuesday that the military aid is to prevent Assad and his allies from crushing the Syrian opposition movement.

"The aid is intended to help the opposition resist Assad and eventually prevail," Carney said.

But Tony Badran, an analyst at the Foundation for Defense of Democracies, said the decision to arm the rebels is hampered by the administration's lack of a clear reason for sending the weapons.

"Are we trying to help the rebels fight the jihadis, defeat the regime or cement the stalemate?" Badran said.

The White House says it wants Assad to enter negotiations for his own departure, but "why would Assad negotiate when you're declaring you have no intention of helping the rebels win?" Badran said.

The White House has said it intends to funnel arms to the Free Syrian Army, a collection of Syrian Army defectors and former officers who have been battling Assad's forces for more than two years. The aid will be overseen by the Supreme Military Council of the Syrian Revolution, a coalition of FSA commanders.

The aid will put the weight of the United States and its friends behind a secularist opposition movement and show a commitment to "seeing this conflict through to a better end," Asbahi said.

Khaled Saleh, a spokesman for the Syrian Military Council, who is based in Turkey, said the aid will help give the United States more influence in Syria in picking who will ultimately prevail against Assad's forces.

Assad's forces have killed nearly 100,000 people, according to the United Nations. Foreign fighters have flooded in, such as members of the terrorist group Hezbollah who are backing Assad. Sunni Muslim jihadists who oppose Assad because he is a member of the Alewites, a Shiite offshoot, are also fighting with al-Qaeda in Syria.

Military advisers from Iranian Revolutionary Guard Corps have also streamed into Syria to keep Assad in power, and Russia has been providing Assad with arms.

Syria rebel groups have been pleading for a no-fly zone and armor-piercing rockets to counter heavy weaponry such as tanks and fighter jets of Assad's. Some Republicans and Democratic senators, such as John McCain and Carl Levin, have wanted to provide advanced weapons or U.S. airstrikes but Obama has refused to go that far.

"Arms alone may not be sufficient, but when you add training, intelligence and tactical support you'll start seeing changes on the ground," Asbahi said.