Review : Poonam Pandey's Nasha is a cheap and forgettable film

After reading this review you must recommend me for a bravery award. Poonam Pandey's Nasha is a cheap and forgettable film, despite all the loud claims she made on Twitter. The storyline is weak and the acting is pathetic. Nasha is such a bad film that it needs to be ranked 'Minus Zero'. This is because some see a wee bit of positivity in a zero too. Therefore to dispel any such remote notions, it's a  Minus Zero. 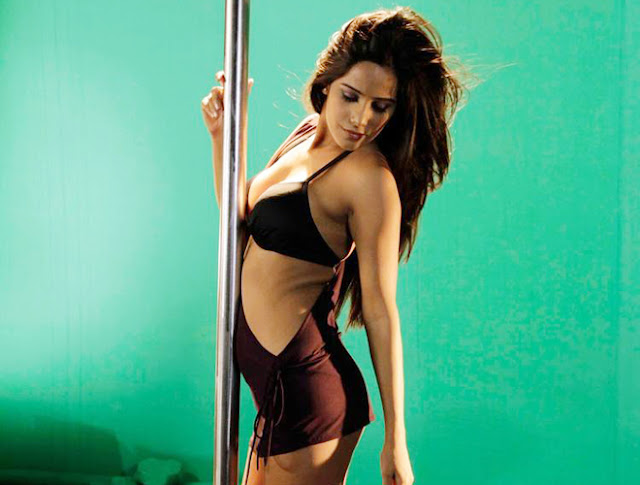 It is the story of a school in Panchgani where the students are loud, shameless and boisterous. They do not mind sharing cheap jokes and making adult comments. Poonam Pandey's entry in this school as a theatre teacher is all that was needed! A boy called Sahil falls for her and then comes her boyfriend Samuel who, much to the chagrin of Poonam, begins to trouble Sahil.

Samuel is actually the story's villain who breaks Poonam's heart as she discovers his other affair and his bad habits (he is caught in a rave party!) Sahil comes to support his heart-broken Ma'am. But this moralistic teacher says she must go away as this relationship is immoral - but not before she has a steamy sex session with her student!

Poonam Pandey is a disaster in the name of acting. Her husky voice sounds terrible on screen. Her acting in the film is so pathetic that when she was shouting, people in the cinema hall were laughing!

Sahil is average, his Ma'am is horrible and Samuel is good. Camera work is average and editing is quite poor.

Those who want to go to theatres in hope of watching bold scenes will be in for disappointment because everything bold has been shown in the promos.

This film has exposed the 'acting' skills of Poonam Pandey and I am sure any sensible film maker will think twice before signing her. It is a cheap and dangerous Nasha that should be avoided at all costs!