The Supreme Court on Tuesday dismissed a public interest writ petition seeking a CBI probe into the IPL spot fixing scam involving bookies, players and others. 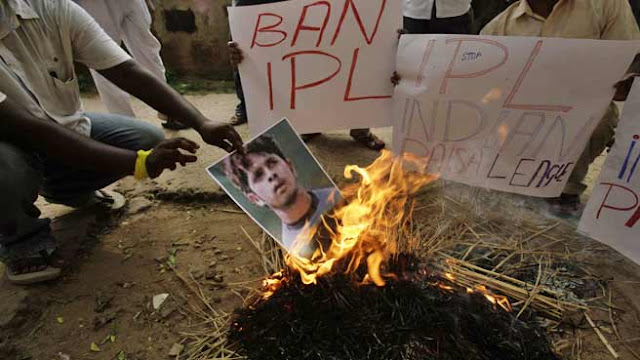 A Bench of Justices B.S. Chauhan and S.A. Bobde dismissed the PIL plea filed by Sharmila Ghuge, a professor of law from Mumbai and asked her to approach the High Court concerned seeking similar relief.

The petitioner said as far as the Sixth Version of Indian Premier League (2013) was concerned, it had crossed all limits in relation to the controversies and the greed of the players.

She said that though the allegations related to betting, spot fixing and match fixing, which would attract only the provisions of the Gambling Act, the repercussions of the crime were gigantic for society at large.

She said both the Mumbai and Delhi Police had registered different cases of spot fixing, match fixing and betting in relation to the recently concluded IPL.

“Although the allegations are very serious in nature, from newspaper reports it seems the investigating agencies have not booked the accused by applying proper sections/provisions of law.

“Nor do they appear to be following proper legal steps to ensure that the culprits are suitably punished. Further, there appears to be no co-ordination among the investigating agencies, which is bound to benefit the wrong-doers.”

She alleged that the Mumbai and Delhi police, along with some politicians and other influential persons, were colluding to save the real culpri