Process has started to appoint a successor to Bimal Gurung, who had quit as chief executive of Gorkhaland Territorial Administration (GTA) after the creation of Telangana state was announced. 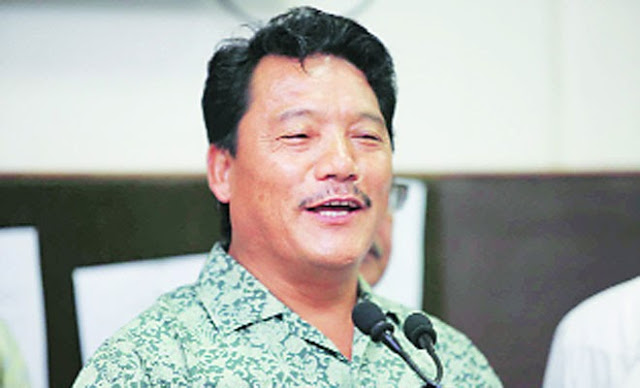 Invitation letters have been sent to the arrested members of the Gorkhaland Territorial Administration ahead of the September 4 meeting of the GTA Sabha to elect the new chief executive.

GTA principal secretary R D Meena on Sunday said that the letters of invitation had reached the 14 arrested members of the hill body lodged in different jails in Siliguri and Jalpaiguri.

The GTA has 45 elected members and five nominated members.

After Bimal Gurung had resigned from the post of GTA chief executive on July 31, the GJM leadership proposed the name of Virku Biswal, a nominated member, to succeed him, but the state government had rejected the proposal.

Bimal Gurung had yesterday said that the GJM would participate in the GTA meeting if its arrested leaders were released from prison.

Normal life on Sunday remained paralysed in the hills. A procession was taken out from Chowk Bazar to the railway station in Darjeeling where a large number of Communist Party Revolutionary (Marxist) workers participated.

Meanwhile, Gobinda Chettri, youth leader of the CPR(M), which is a part of the Gorkhaland Joint Action Committee spearheading the statehood agitation, said his party would welcome state Chief Minister Mamata Banerjee to Darjeeling.

"As the chief minister of the state, Mamata Banerjee can go to anywhere in the state and we will welcome her," Chettri said.

However, she should respect the sentiments of the Gorkhas in the hills, he said pointing out that the statehood demand was 107 years old.