NEW DELHI: Aditya Verma, the man who filed the PIL which led to the Bombay High Court striking down BCCI's probe panel as "illegal and unconstitutional", has claimed that he had received an anonymous call offering him money to go in for an out-of-court settlement. Verma is the secretary of the Cricket Association of Bihar. 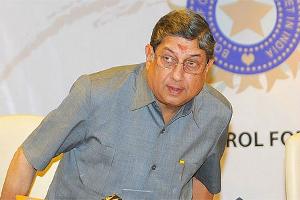 "Last week, I received a phone call from a private number. A man whom I do not know said, 'Come to Chennai and meet boss. What do you want? Come and tell us'," claimed Verma.

"After the court hearing, I was again approached by some strangers who offered me money to settle the case. They also told me that my son is playing for the junior Bengal team and asked why I was fighting a powerful institution.

"This made me even more determined to carry on the battle," he added.

Verma also said that he did not know the men. He said he would not like to speculate on who they might be representing or whether their 'offers' were serious. When TOI asked him what kind of money he was offered, he declined to comment.

After the Bombay High Court verdict on Tuesday, Verma flew in to Delhi to file a caveat in the Supreme Court. He is scheduled to address a press conference today at 3pm.

Verma, a former junior cricketer and ex-Tata Steel employee, is the secretary of the Cricket Association of Bihar, one of the three bodies vying to gain BCCI's recognition.

Bihar has not been able to play in the Ranji Trophy for 13 years owing to the multiple cricket associations which claim to represent the state.