Sonam Kapoor will not date anyone from film industry

Mumbai: Young and bubbly actress Sonam Kapoor, who was romantically linked with her 'I Hate Luv Storys' director Punit Malhotra in the past, says she will not date anyone from the film industry as she believes all the good ones here are already taken. 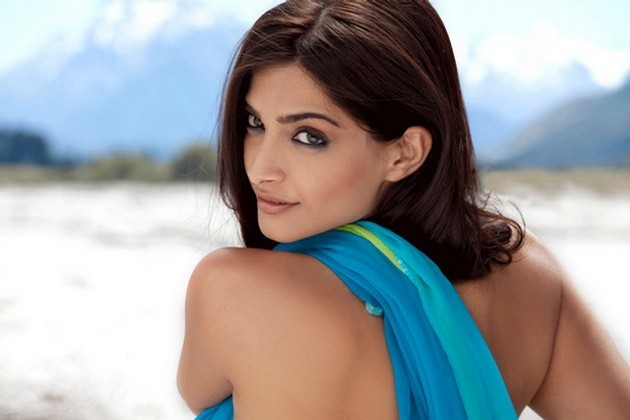 "I won't date anyone from the industry, honestly. Industry guys are amazing, but the good ones are taken," Sonam said here.
"I have learnt that work and pleasure should be separate," added the actress, who was present at the cover launch of Stardust magazine, featuring her and her 'I Hate Luv Storys' co-star Imran Khan.

Sonam was all praises for Imran, who, according to her, is "the best looking guy in the industry".
Recalling an incident when she felt overshadowed by the actor's good looks and glow, Sonam said: "We were shooting for 'I Hate Luv Storys', and I kept on telling him, 'If you (Imran) will look more beautiful than me, then I will really get upset with you'."
"I was really upset at that time as his skin was really glowing and I was like, 'Oh my god! I will look awkward now next to him (in the film)'," she added.
Off the screen one doesn't know, Sonam's on-screen love life has been quite exciting, courtesy movies like 'Saawariya' and the recently released 'Raanjhanaa'.
Meanwhile, the actress will soon be seen in the remake of 1980 hit movie 'Khoobsoorat'.