He is playing a cameo in wife Sunny Leone starrer Jackpot but Daniel Weber says he has no plans to have a career in Bollywood. 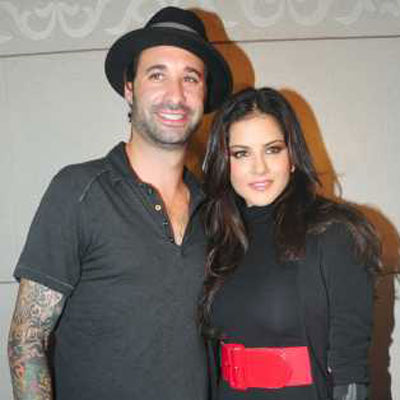 Daniel, who is Sunny's manager and owns an adult film production house, said he did the Kaizad Gustad film because the director requested him to.

"I don't have any Bollywood aspirations. I don't want to act in films. I own a production house in the US and I look after the business by sitting here. I also have to manage Sunny's schedules. I am quite busy in managing all these commitments," Daniel told PTI.

Daniel is also taking Hindi classes with his actress wife but he said that he is learning the language to run his business smoothly here.

"As we have shifted our base to India and are currently staying in Mumbai, it is very important to know the language of the country. I am not learning Hindi because I want to have a career in Bollywood," he said.

Daniel, who has acted in adult films before, said he is playing a foreigner in the film, which will hit theatres next year.

"We were shooting Jackpot in Goa and Kaizad needed someone for a cameo role. He approached me with the offer and I couldn't say no. I am playing the role of a conman and also share screen space with Sunny," he said.