Tourism hotspot Darjeeling hills have largely failed to have its usual share of Foreign Tourist Arrival(FTA) in Eastern Himalayan circuit during pre monsoon season. The trend is likely to continue even during approaching festive and winter seasons too. 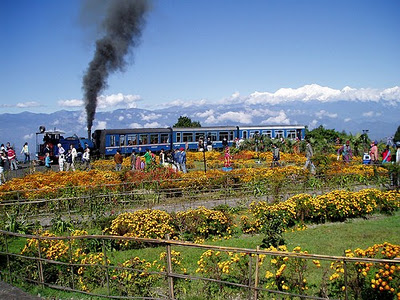 Though domestic tourism makes the tourist head count figure for the whole country including Darjeeling, it is premium class Foreign Tourist Arrival( FTA) that builds up main rupee volume of the business for the Queen of Hills. For Darjeeling along with Sikkim and foothills, around 45% of the annual tourism business of around Rs 400 crores comes during festive season.

"As a common trend, on an average around 35% of the tourists at any season arriving in Eastern Himalayan tourism hotspot Nepal, keep Darjeeling in their itinerary. But the trend this year remained different," said Mr. T Roy, Secretary, Easter Himalayan Tour and Travel Operators Association (EHTTOA).

According to Nepal Tourism Board statistics, Nepal recorded a high FTA (Foreign tourist arrival) figure of 3,20,989 during Jan to July 2013 despite marginal degrowth of around 3.5% over the same period last year. "But, Darjeeling could hardly get any share out of this high FTA to Nepal," said Mr. R. Basu, veteran travel advisor and tour operator.

"Undoubtedly, unfavorable travel advices by US State Department or Commonwealth Office of UK for their citizens intending to travel to Darjeeling have also significantly contributed to the downward trend," said West Bengal Tourism Development Corporation officials.

As the usual trend goes, tour operators receive last minute bookings for festive season during first half of September. But alarmingly, "Leave aside rush for new booking, we had to have 80% of our previously recorded advance bookings cancelled," said Mr. Basu. Senior EHTTOA members are apprehending the same trend to continue even in winter after this approaching festive season.