The Gorkha Janmukti Morcha (GJM) has moved the Supreme Court challenging a Calcutta High Court order declaring its ongoing shutdown in West Bengal's Darjeeling as illegal and unconstitutional. Counsel for the Gorkha outfit Abhijit Bose told the court that the party's special leave petition (SLP) was likely to come up before the Supreme Court on September 16. 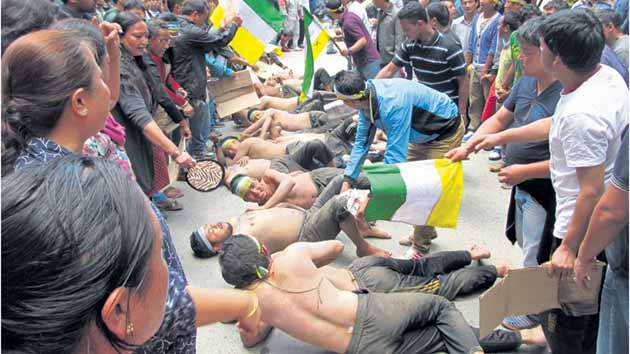 The court had earlier declared the GJM sponsored shutdown in the Darjeeling as illegal during a hearing on a public interest litigation on Gorkhaland. It also issued a show cause notice to the Gorkha outfit asking why it should not be made to pay compensation for the economic loss incurred due to the shutdown.

Claiming that the "bandh" (shutdown) was still continuing in the hills under different names, the government lawyer accused the GJM of going against the court's order. The high court would next hear the case on September 26.