A promising new AIDS vaccine may be able to completely eradicate the deadly HIV from the body, a new study has claimed. 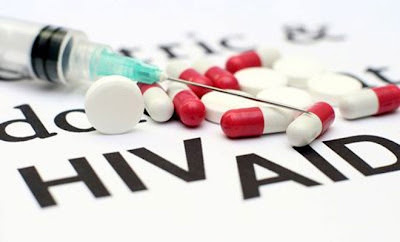 The HIV/AIDS vaccine candidate developed at Oregon Health & Science University has demonstrated the capacity to effectively remove all traces of an AIDS-causing virus from non-human primates, researchers said.
The promising vaccine is being tested through the use of a non-human primate form of HIV, called simian immunodeficiency virus, or SIV, which causes AIDS in monkeys.
Following further development, it is hoped an HIV-form of the vaccine candidate can soon be tested in humans.
"To date, HIV infection has only been cured in a very small number of highly publicised but unusual clinical cases in which HIV-infected individuals were treated with anti-viral medicines very early after the onset of infection or received a stem cell transplant to combat cancer," said Louis Picker, associate director of the OHSU Vaccine and Gene Therapy Institute.
"This latest research suggests that certain immune responses elicited by a new vaccine may also have the ability to completely remove HIV from the body," said Picker.
The Picker lab\'s approach involves the use of cytomegalovirus, or CMV, a common virus already carried by a large percentage of the population.
Researchers discovered that pairing CMV with SIV had a unique effect. They found that a modified version of CMV engineered to express SIV proteins generates and indefinitely maintains so-called "effector memory" T-cells that are capable of searching out and destroying SIV-infected cells.
T-cells are a key component of the body\'s immune system, which fights off disease, but T-cells elicited by conventional vaccines of SIV itself are not able to eliminate the virus.
The SIV-specific T-cells elicited by the modified CMV were different. About 50 per cent of monkeys given highly pathogenic SIV after being vaccinated with this vaccine became infected with SIV but over time eliminated all trace of SIV from the body.
In effect, the hunters of the body were provided with a much better targeting system and better weapons to help them find and destroy an elusive enemy.
"Through this method we were able to teach the monkey\'s body to better \'prepare its defences\' to combat the disease," said Picker.
"Our vaccine mobilised a T-cell response that was able to overtake the SIV invaders in 50 per cent of the cases treated. Moreover, in those cases with a positive response, our testing suggests SIV was banished from the host. We are hopeful that pairing our modified CMV vector with HIV will lead to a similar result in humans," said Picker.
The study was published in the journal Nature.