A seminar on Gorkhaland and the demand for smaller states to be held on September 22nd 2013 at the Nehru Memorial Museum and Library Auditorium, Teen Murti House from 10 am to 4.30 pm. Organised by the Darjeeling Foundation, initiated by Swaraj Thapa (Senior Journalist) and a few other like minded individuals in Delhi. 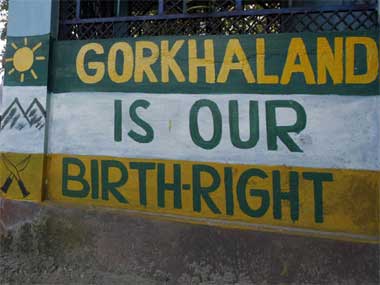 There will be a second session on the issue of Indian Gorkha identity where the speakers are eminent cinematographer Binod Pradhan who has directed the camera for "Bhag Milkha Bhag" and "Rang De Basanti", former Indian hockey team captain Bharat Chetri, author Prajwal Parajuly author of “The Gurkha's daughter”), Sonam Sherpa, lead guitarist of "Parikrama" and senior journalist Joel Rai.

Basic objective is to influence public opinion and mould views of the political class as well as executive on the issue of separate state of Gorkhaland comprising #Darjeeling and surrounding areas. The idea is to help clear misperceptions relating to Gorkhaland issue through seminars, public discussion, debate, research and publications. 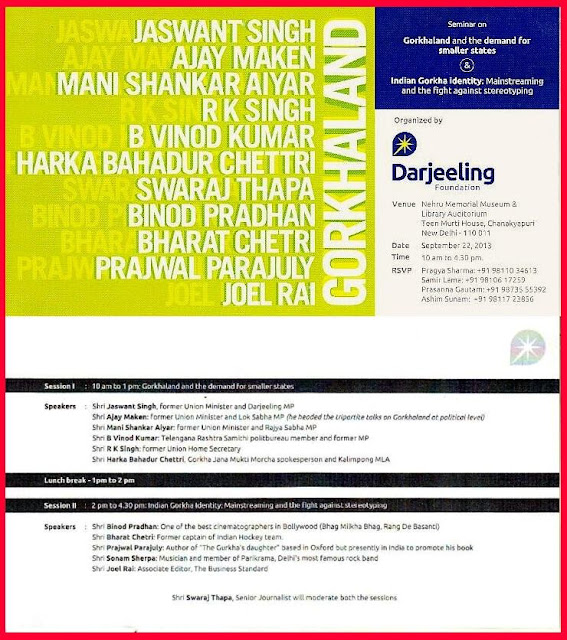