Anthems of Rock - Darjeeling hosts its first ever rock concert 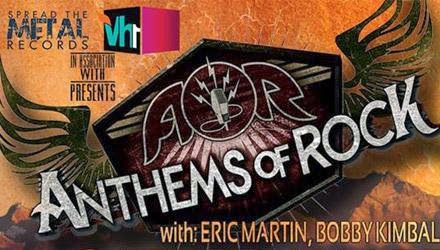 While the country is not big on large scale rock shows, a benefit concert is an even rarer occurrence. But organiser Hozo revealed that the reason behind ‘Anthems of Rock’ was to do something for an organisation or NGO that is doing good work. Human Rights Watch, for instance, is protecting human rights and trying to prevent annihilation that is going on in the world.

Hozo, who is vocalist for the metal band – Grungy Morphins, and a representative for a few bands in Asian countries, said that they started planning the event last December. Asked why he chose the small, quiet town of Darjeeling to hold the event, Hozo plainly stated, "It is my hometown, and I wanted to do something for the place."

The event will be held at Gorkah Stadium, and will apparently accommodate eight to ten thousand attendees. He also added that since it is the first time something of this magnitude is happening in the town, the people are really excited and looking forward to it.

Of course, organising an event like this has not been easy, particularly because it is a rather large concert, and holding it in a town as small as Darjeeling can be difficult. However, Hozo stated, that the government of Darjeeling has been very helpful and supportive. "The place is dependent on tourism, and this show will help tourism grow," he added.

Asked if there would be any more rock festivals with other international artistes elsewhere in the country, he said that the topic arose while planning Anthems of Rock. "We actually want to do this. The reason we thought Darjeeling is a good place is because western music is in the hearts of people out here. But no international bands have ever stopped here. Our target is to bring as many international bands as possible to the country," he said.

Opening for Anthems of Rock will be Nepali rock band 1974 AD, which was formed in the mid 90's in Kathmandu. The event is set to take place on 19 April, and tickets for the concert are priced between Rs 550 to 2800.