Shiva Thapa (56kg) made a shocking early exit from the Commonwealth Games.

The 22-year-old Olympic bronze medallist from Belfast was helped when Thapa was penalised for leading with the head in the third and final round, but Conlan was already well ahead on the scorecards after a disciplined display against his aggressive opponent. 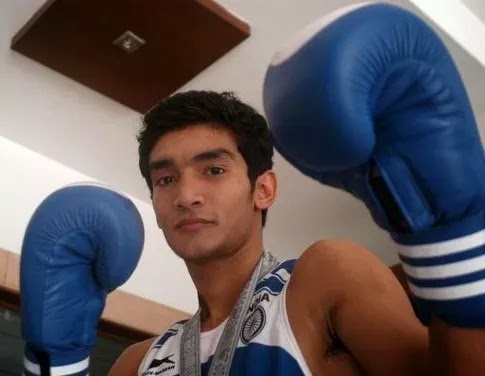 It was a happy-sad kind of day for India in the boxing rink, at the ongoing commonwealth games. While North-East lad Indian boxer L Devendro Singh (49kg) advanced to the quarterfinals. Reigning Asian champion Shiva Thapa (56kg) lost on technicality to Northern Ireland's Michael Conlan.

On a disappointing note, Shiva Thapa (56kg) went down to Olympic bronze-medallist Michael Conlan of Northern Ireland. The Assam boxer found the going tough against the crowd favourite despite the fact that Conlan had endured a cut on his head during his opening bout.

Conlan dominated the opening round clinching it 30-28. The second and third rounds were a tad closer but the Irishman held his own to outwit Shiva.

To add to his woes, Shiva also ended up getting warned for clinching and bending too much.