The Darjeeling police are suspecting a high-level human trafficking racket working in Jalandhar, where the girls, especially from Darjeeling, a hilly town of West Bengal, are being trafficked. 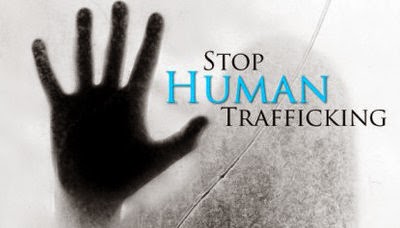 A team of the Darjeeling police had allegedly recovered the three girls,  all around 17, missing from Kalimpong village in the Darjeeling hills since October 8, on October 21 from the Model House locality of the city.

Giving this information on phone, Sourav Ghosh, sub-inspector and office in-charge of Gorubathan police station, which falls in the Kalimpong sub-division of Darjeeling district, said that the girls were rescued from the house of a Nepali woman in the Model House locality. Later, they were handed over to their families in Darjeeling.

Ghosh said they have called the girls for questioning on Monday along with their families as they are still in a state of shock and unable to tell anything. After interrogating the girls, they would lodge a first information report (FIR) in the case as, so far, they have registered a ‘missing’ complaint.

Ghosh said that hundreds of girls, especially from the Gorkha community, are allegedly made to join dance groups and engaged for showering flowers in marriage functions, etc.

Ghosh revealed that when his team had recovered the three girls from the house, two girls from another state were also residing there. Ghosh added that the family of one of the girls has also filed a complaint against the woman from whose house the girls were recovered by the joint teams of Jalandhar and Darjeeling police along with representatives of a local NGO.

"We are planning to conduct raids in Jalandhar very soon after verifying the facts but the Jalandhar police are not co-operating with us," alleged Ghosh.

Raju Nepali, a representative of Darjeeling-based non-government organisation (NGO) Dooars Express, alleged that the girls from Darjeeling were being smuggled into Punjab, Delhi and Haryana.

SK Kapoor from local NGO Chitra, who was also involved in the rescue operation here, said that we are waiting for a report of the Darjeeling police and will provide help to them in recovering other girls as well.

As per information, a gang had smuggled the girls to Jalandhar to serve in the houses of non-resident Indians (NRIs). The five Darjeeling cops, including two woman constables, and representatives of non-government organisation (NGO) Dooars Express, had reportedly camped in the city for two days, after tracing a phone call from one of the girls.

The Darjeeling police had, on October 20, scanned the industrial area, Sodal, Lamba Pind and other locations before meeting officers at police station-8. The next day, NGO representative Raju Nepali contacted the girls and called them to the Model House locality near a migrant-dominated part of the city. The Darjeeling policemen laid a trap and recovered two girls who had managed to come there.

The third was recovered from the house of the Nepali woman in the same locality.