The Bena Nguang (Thonglang Atongba) Village Authority (TAVA) has on Wednesday alleged that an illegal land boundary map of 11 Nepalese Blocks under Irang Part-I in Senapati district has been submitted to the Government, saying the present Nepalese community in the area has been staying by paying yearly land tax to the village authority or landlords. 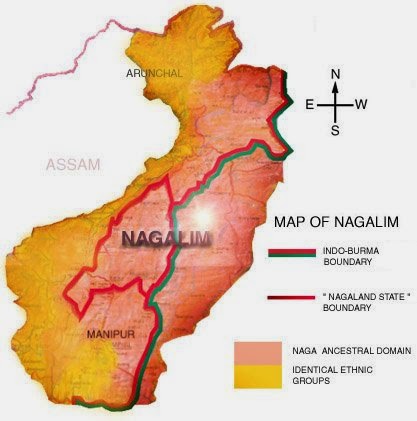 All the Nepalese inhabitants are directly administered by TAVA, and that they have no permanent land of their own in Thonglang Atongba, a Liangmai Naga village, a TAVA statement said. It added that the two communities have been living together in peace and harmony since ages enjoying all the facilities and schemes provided by the Government till now.
But with the emergence of Government schemes such as MGNREGS, the need for submitting a separate land map to the Government for the Nepalese settlers came up which is only possible with the assent of the village authority concerned, it said.
TAVA strongly objects the submission of the boundary map of the Nepalese Blocks since the land in question entirely belongs to Liangmai community, TAVA said.
It warned that if any untoward incident occurs between the two communities over acceptance of the map, the Government should be responsible for it.
TAVA further warned that any development scheme in the jurisdiction of Thonglang Atongba will be banned if it is taken up without seeking prior permission from the village authority.