Yoga guru Baba Ramdev arrived at Darjeeling on the afternoon today along with his companion Acharya Balkrishna. The Huge crowds along the way welcomed the Yoga Guru through out his way from Bagdogra to Darjeeling. He would be conducting a three-day yoga camp at Chowrasta from April 17 to 19.

According to the sources Baba Rambev is in Darjeeling to conduct a yoga camp for three days from April 17 to 19  On the request of Gorkhaland Territorial Administration (GTA).

The yoga camp will be conducted in various places in the town area for the residents benefit. “The main camp will be held at Chowrasta. We have also arranged other places including the Gorkha Ranga Manch Bhawan where yoga classes will be held simultaneously. Enthusiasts at the other camps will be able to see Baba Ramdev teaching yoga on giant LED screens,” said Binay Tamang, GTA sabhasad and GJM assistant secretary. 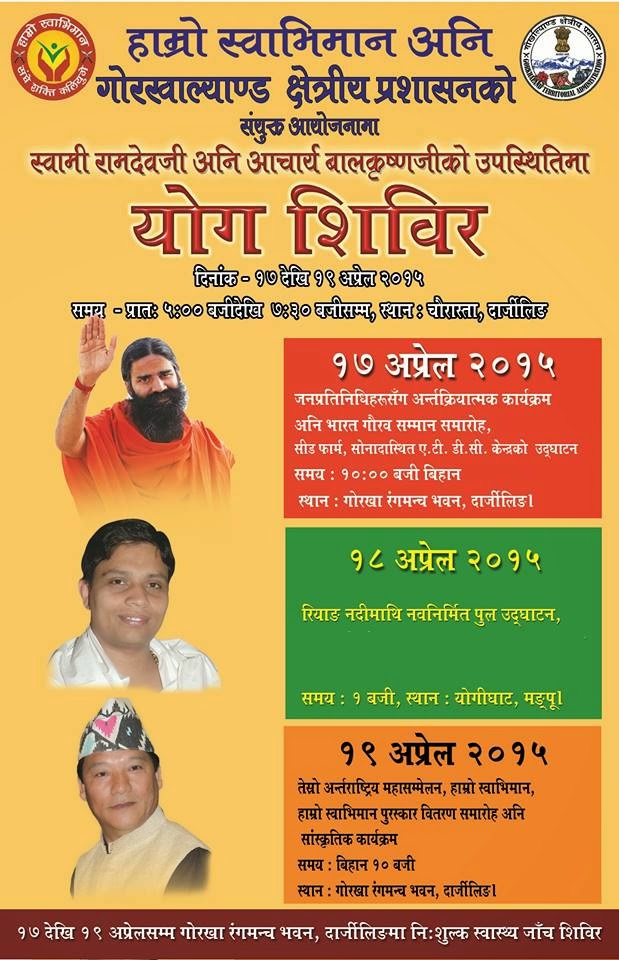 Baba Ramdev have stayed in Gymkhana Resort Darjeeling will inaugurate newly constructed Jogighat Steel Bridge at Riyangtar Mungpoo-Labdah constituency under the Kurseong sub-division.The groundbreaking ceremony for a unit of Baba Ramdev’s Patanjali Pith will be held on the same day. Hamro Swabhiman will conduct its third International Conference and confer awards on the final day which will be followed by cultural dances and songs.