GPRN/NSCN (Nationalist Socialist Council of Nagaland - NSCN) Monday expressed the belief that Naga Gorkhas could blend with Naga history and play a positive role in future by reminding, that over decades of Naga political struggle attracted many non-Naga sympathizers from within and outside.

In a statement, MIP said also Nagas owed a lot to the Chinese, the then East Pakistanis, the Pakistanis and host of other Nations for understanding that “political freedom is essential for the progress of humanity.”

GPRN/NSCN reminded that during the 1950s and 60’s, there were hundreds of Gorkhas settled in Nagaland’s town and villages earning their livelihood. The Gorkhas were perhaps the only community whose members “enrolled and actively participated in guerilla warfare” in the Naga struggle, said MIP.

MIP reminded that there were many Gorkha “clans and families” in Dimapur and Kohima whose forefathers settled in Nagaland even before India got independence and said that Naga Gorkhas could blend with Naga history and play a positive role in future.
GPRN/NSCN also expressed dismay that few Gorkhas from Assam side were hobnobbing with “illegal immigrants” and were attempting to create trouble between communities living in Nagaland-Assam border and warned that these illegal immigrants found interfering and creating obstacles between Naga and Karbi communities in the border areas would be accounted for.

GPRN/NSCN also advised the Joint Action Committee (JAC), formed by border villages in Dimapur to invite Gorkha Union so as to stop individuals from tarnishing the image of Gorkhas.

Pointing out published reports on March 12 and 17, GPRN/NSCN clarified that the land in question was endorsed to Assam forest department to look after in 1970.

Asserting that ancestral land could not be transferred or given away to suit administrative purposes, GPRN/NSCN said the people owned the land not the government.

“It does not belong to Assam. Traditional landowners must amicably settle land disputes in their own wisdom and understanding instead of empowering anti-social elements to disrupt social harmony”, said MIP. 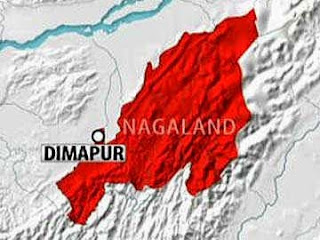 MIP also opined that Naga Gorkhas could play a crucial role in facilitating peaceful resolution of the issue. GPRN/NSCN also noted that in recent times, owing to haphazard statements and activities perpetrated against Nagas by illegal immigrants and ill-advised leaders working for their selfish gains, innocent Nagas and Karbis have lost their lives.

Although Naga lands have been illegally bifurcated into other states, peaceful co-existence respecting each other’s customs and traditions was witnessed and this should be restored, said GPRN/NSCN.

MIP said Nagas have their land and “encroachment” was a terminology used by illegal immigrants seeking attention of state governments to make the land a disputed area and claim their share.

Asserting that land was one element whose size and mass could never be “stretched or manufactured” to accommodate the increasing population, MIP said the land was “God given, an inheritance for peoples and Nations to protect and defend against external and internal subjugation, oppression and enslavement.”

GPRN/NSCN recalled that Mahatma Gandhi had defined the position and status of future Nagaland and its inhabitants on July 9, 1947. It was a shame that the world’s largest democracy and its successive governments sent in its military to crush and annihilate Mahatma Gandhi’ free Nagaland.

What the Mahatma said in Bhangi Colony, Delhi on the morning of July 9, 1947 applies till today, said MIP and added that Nagas were the sole owners of Nagaland and their “destiny is what they decide.”