Scientists at NASA have named the Pluto's mountain chain as "Norgay Montes" after Tenzing Norgay Sherpa an Indian Gorkha Sherpa mountaineer.When Indian government have failed to confer Bharat Ratna to Tenzing, NASA have bestowed him with this prestigious honor. 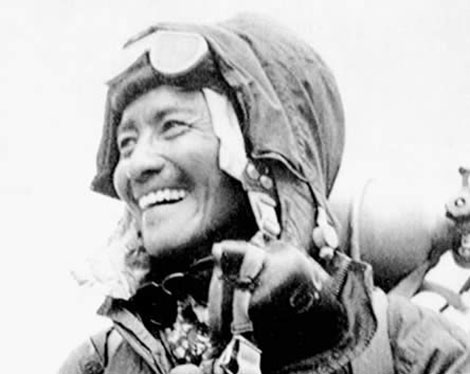 NASA's New Horizons historic flyby of Pluto have found icy mountains ( "Norgay Montes") when the first zoomed-in image of Pluto was released on Wednesday. They think mountains, which was often referred to as just an icy orb before,  are made of water ice, but they still aren't sure what's causing them to form.

People at home have been trying to recognize Tenzing  Sherpa's achievement by asking the Government to confer him with the Bharat Ratna which is the highest civilian award of the Republic of India. He was one of the first two individuals known to reach the summit of Mount Everest, which he accomplished with Edmund Hillary on 29 May 1953.

At the time when people have been trying to get some attention of the government regarding Sherpa's due right by placing the demand to rename Bagdogra airport after him and a request to confer Bharat Ratna to Tenzing, prestigious honor from NASA might play some role to reach the voice to the deaf ears of the concerned Indian authorities.