Open letter to CM of west Bengal on the issue of continuous denial of justice to women student of Sikkim from Santineketan from Gorkha Student JNU.

To
Ms. Mamata Banerjee,
Chief Minister of West Bengal
Nabana, Kolkata-
Date: 29/09/2015
Dear Ms. Mamata,
We are writing you this letter with utter despair and disgust towards the indifference which is being shown by the Bengal government in the case of a heinous crime committed in Shantineketan in August last year. May we remind you that justice remains due in the case of a female student of Darjeeling who was sexually harassed, stripped and blackmailed for two months by their seniors of the ‘esteemed’ University. After fighting against all odds, she with the help of her parents had managed to lodge a complaint against the perpetrators to seek justice from your administration.  But even after going through the painful process of seeking justice for one long year, her cry for justice has fallen on deaf ears. The gross display of inaction and apathy by the administration and a sense of utter hopelessness of the delivery of justice has compelled her father to announce that he will commit suicide in full public view in 9 October, 2015. A man who has been compelled to take up a fight to bring the perpetrators of crime to justice, is now far from seeing the light of justice, fairness and equality. How could a crime so heinous, in a place so ‘revered’ go unnoticed? How could the state allow the balance of justice to be so heavily tilted against the girl and her quest for gender justice? The very declaration of this person to commit suicide is a hard slap on the ethos of gender justice and a disgusting reminiscent of failure of your government on this account.

This young girl who hails from Darjeeling was sexually assaulted and blackmailed by her seniors continuously for two months at VisvaBharati University in Shantiniketan, West Bengal. This grave incident came to light only after the girl’s father came to the University to file a complaint. The girl who had just recently joined Kala Bhawan as a first year student according to the complaint made by the father was forcefully stripped by three of her seniors who also took pictures and made videos of this heinous act. These men then used it to blackmail the girl and sexually molest her, repeatedly! They even brought one of their friends from outside the university to join them in this horrendous act.
Sadly, the cries of the girl who was away from her home, her parents, her friends and her place begging the perpetrators to stop and let her go went unheard. What she got instead was beatings and physical torture when she dared to raise her voice. Unable to endure this horror she became delirious and wanted to end her life. Very soon she found herself in a hospital because of which her parents eventually came to know of their daughter’s plight.

But what did the University do as their duty and responsibility?
The University authorities tried to brush the matter under the carpet and even discouraged the father to file a police complaint. Adding insult to injury, the University authorities mockingly told the father that as her daughter clothes were torn off they would get her new pair of clothes and that he should stop complaining. Such impudence, recklessness, lack of empathy as an institution for the aggrieved girl who herself is a student and against whom such a dastardly crime has been  committed that too within the confines of the campus is indeed very shocking and repulsive to say the least.  As such it was only after continuous student protest within the University and in different college campuses including this one (JNU) that some kind of police action followed. However, the three seniors who were arrested were out on bail soon enough and the fourth perpetrator shockingly is yet to be apprehended. The police have remarkably failed to make a proper investigation into the matter even with all the proof provided by the girl and her father. It is to be noted that in cases like this, the burden of proof lies not with the complainant (i.e. the girl) but with the perpetrators of crime (the sexual assaulters). It has been a year since the horrendous incident and three of the accused students belonging to the University still roam scot free and unabashedly attend their classes as if nothing has happened. One perpetrator is still to be identified, even after a year! Is this the new model of gender justice which West Bengal wants to uphold and propagate?

So what happened to the girl?
The girl had to leave the University as her assaulters roamed freely. Her physical scars may have gone but the psychological scars of the horrifying assault remains unhealed and it festers without hope. It eats into her heart, her mind, her soul everyday... The ghastly experience has ruthlessly trampled upon the young girl’s aspirations, dreams and ambition. Very essence of her life is slowly but surely being snuffed out from her and so also that of her parents. Her father now after a year of taking up the proverbial cudgel to fight for justice due to her daughter which he believed is applicable for everyone irrespective of caste, creed, sex, class, language and ethnicity, seems distant every day. Alas! Bengal, has failed him.

The father is a broken man now. He sees no ray of hope for his daughter. Unable to bear the sufferings of his daughter, he has been pushed to such desperation that he now wants to end his life. He has recently come out stating if nothing is done to move the case ahead he will commit suicide on 9th of October.

Visvabharati University and the West Bengal Government must explain why it has not taken stringent action against the perpetrators? Why has it continued to provide sanctuary to the perpetrators of the shameful incident of ragging, blackmailing and sexual assault and molestation of young girl? We beseech you to hear the cries of the brutalized girl and her parents. Tolerating the treating of women, who have been fighting for justice, in such a dehumanising manner, certainly cannot be the essence of your party’s slogan ‘Maa, Maati, Manush’.

It is with hope for prompt and decisive action to bring the perpetrators to justice and provide solace and closure to the girl and her family that we write to you. It is only fitting for us to expect stringent steps on your part and that you uphold gender justice. If at all, this is too much to ask for.
Sd / 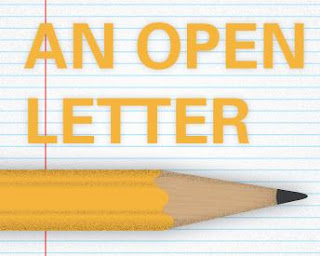