• With six strikes from four games, Chhetri has shot his way to joint-top spot in the goalscorers' list.

• His efforts helped Mumbai rise from the bottom of the ISL standings to a top-4 spot with three wins on the trot.

• A tactical switch in his position has led to Chhetri's goal-scoring spree.

MUMBAI: The rate at which he's finding the back of the net in the second edition of the Indian Super League (ISL), Mumbai City FC striker Sunil Chhetri appears to be making up for lost time having had to watch the inaugural season as a mere spectator. With six strikes from four games, including a hat-trick in Mumbai's last fixture against NorthEast United, making him the first Indian to achieve the feat in the ISL, Chhetri has shot his way to joint-top spot in the goalscorers' list.

His efforts helped Mumbai rise from the bottom of the ISL standings to a top-4 spot with three wins on the trot. And that is what matters more to the Indian national team captain visa-vis his personal feat.

"Without wanting to sound cliched, it doesn't matter about the goals. I'm so happy that we've got three wins," Chhetri told TOI during a visit to a local Puma store on Friday.

"If I had scored a hat-trick and we'd lost 5-3, we'd have been in deep trouble. Things weren't great after the first three games, so it was very important for us to get wins. I'm happy that I got the goals but I'm more happy that we won those matches."

So the obvious question is what has sparked this emphatic turnaround?

"Just the fact that we understood that we were underperforming," replied Chhetri. "Say if you are not a very fancy team, don't have the firepower, you're giving everything and still losing, then fine. But if you do have the signings, the players, and still under-performing, then that's a worry. We weren't doing justice to our talent. Thankfully we have put that right," he added.

It's no coincidence that, in the 31-year-old's case, a tactical switch in his position from playing in a wide role in his first outing against Chennaiyin FC to occupying the hole between midfield and attack has led to Chhetri's goal-scoring spree.

"All my life really, I have played either as a No. 9 or 10. It's just for Bengaluru (his I-League club) that I have played as a winger. But here, because the (DY Patil) ground is big and I was really wide, I didn't get the ball at all against Chennai and I got frustrated. I was chasing the ball like a headless chicken. Then both Nico (Anelka) and Oscar (assistant coach) came to me and said 'where do you want to play?' I said, 'I'm fine with playing anywhere but I wasn't getting enough balls'. They put me in the number 10 position and thankfully it has worked," said Chhetri.

Perhaps an ominous sign for Mumbai's opponents is the fact that marquee player-manager Nicolas Anelka has barely featured in their six games so far due to a groin issue. Chhetri certainly sounded encouraged by that fact. "We have scored 10 goals and Anelka hasn't even started yet," he said, adding: "I just can't wait to have him in the 11 soon. He's in the last part of his rehab, so hopefully you'll see him soon." 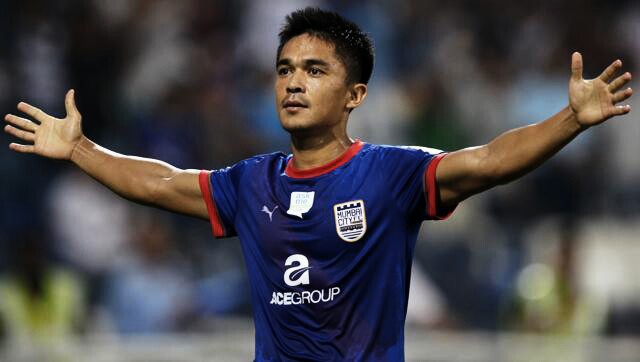