Kalimpong, Nov. 4: Gorkha Janmukti Morcha chief Bimal Gurung today said he would go to Delhi for a "couple of days" to hold talks with the Centre at the request of Union home minister Rajnath Singh.

Gurung said he would pause his march for the Delhi trip and resume it after he returns. The Morcha chief is holding the padayatra over a host of demands.

Addressing a street corner meeting near here, Gurung said: "The home minister had called me at 9:05am yesterday and requested me come to Delhi for talks. I can't dishonour the request of the BJP government. I will go to Delhi for a couple of days over the next few days to listen to what it has to say."

Singh had called up Gurung yesterday and requested him to end the padayatra and come to Delhi for talks, sources said.

Darjeeling MP S.S. Ahluwalia said: "I will request Gurungji to come to Delhi after Diwali and hold talks." 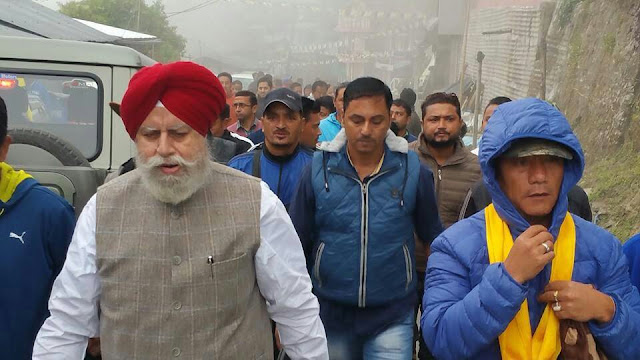