The mass public attitudes lack ideological structure, whereas those of leaders are characterized by far greater coherence. During the 1980s leaders have easily manipulated the mass by showing that power lies in the edge of khukri – encouraging them to resist against the state for demanding separate statehood. Later during the 21st Century, Darjeeling hills public realised that they were not yet fulfilled with the old demand of Gorkhaland (The broader definition of developing concept would be the demand for the rights of statehood given by the Article 3 of the Constitution of India). The public opinion remained the same as the demand for Gorkhaland (without understanding what exactly it is/how it is function/ what is the advantage/disadvantage of it), so was swing several times with the flow of political course in the hills. Critical theories and political culture shows that public opinion does not matter in hills or is flexible to change anytime because of the following reason-
Political scientist Almond and Verba in their ‘political culture’ claim to have identified three broad types of political culture: 1) parochial, in which no clear differentiation of specific political roles and expectations exists among individual, i.e. “political specialization is minimal”; 2) subject, in which institutional and role differentiation exists in political life, but towards which the citizen stands in largely passive relations; and 3) participant, in which the relationships between specialized institutions and citizen opinion and activity is interactive.
The first group of people are parochial the one who are not interested to understand the politics. For them the main goal is to fulfil the basic needs for their family and society relations. Example, to get into job (which is crucial for Darjeeling hills) for family life, engage in sports for physical life, to engage in social life and to take part in the election or rally for the sake of any demand (Gorkhaland/Sixth Schedule/GTA etc). They do not read newspapers, and are emotional and are not interested or do not have space in a political discussion. These types of group are the majority whose opinion flows with the course of any politician, without understanding the agenda of any politics.
Second group of people are subject who are the parts of some institution- have a supported in the political activities through the rally, procession etc. These group of the people sometimes read newspapers, or follows news happening in the hills. They are emotional and wanted to change the society if they knew that the leaders are corrupt, but the time comes again and they support the same leaders satisfying their views with appeasing the leader. This group of people acts as double agents whose interest is not to leading towards the goal (Statehood), but only to maximise their relative gain (or seek to highlight for socio-economic-political gain). They are active in social media (facebook and whatsapp) and are responsible for misrepresentation of the policies, fabricating their own views in the media and manipulating the masses for the leader’s purpose.
Third group are the Participant, who is active in politics- because of their interest towards the common goals. This group are aware of the political situation and go beyond the reading of newspapers. Their views are critical in understanding the root causes of Darjeeling hills and are interested in the political debates. They are the people are rational who are goal oriented and are influential in the society and in state level. But the groups are minority and are challenged by the mass majority of manipulated leaders- due to this they fall into trap and compromise the cause (statehood demand).
Is public input necessary? Can a policy work without public opinion, and will the dominant ideology be punished electorally if it ignores public views. The answer is simply yes and no- public have opinion but are ineffective during the time of emergency (during election, campaign etc). The dominant ideology will remain in power and enjoy the status again also after betraying the public demand. It is not purely the power creating knowledge but a presence of legitimacy which works with the showcase of emotional trap (legitimacy over public opinion by emotions). No matter how much public want to change but in the time of change- majority of them fall into the logic of emotion and are entrapped by the choice of flowing with the emotional mass. They change with the flow of leaders and live with the hope of leaders. They do not know what they are asking and do not want to think beyond the ‘black-box’ (decision making space) of hills politics. Public consensus a function defaults with the elite consensus because they are less informed and parochial in nature. Also the organic intellectual (conscious elites) is fewer in numbers who are ‘public’ but are neutral in their opinion. This is the way public are legitimize towards the any types of leaders who comes in hills and the public opinion becomes fruitless. Thus there is no point of refutation of any ideas in the hills unless there is a mass consciousness of politics; otherwise the public opinion in Darjeeling hills makes no sense in theory and practice, and it will remain the same. 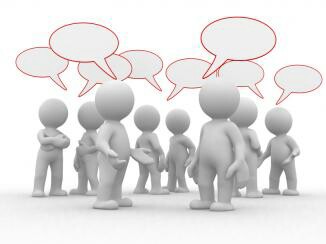