The Gorkha Janmukti Morcha-backed transport union in the middle of the tourist season today threatened a vehicle strike in the hills after Diwali in support of voluntary teachers demanding job regularisation.

The All Transport Joint Action Committee that has 56 taxi syndicates as members has said it would wait till November 9 - the day a meeting is scheduled between the state government and the GTA on the job regularisation demand of the 515 hill teachers - and then take a call on the strike.

The chakka jam call has the tacit support of Morcha president Bimal Gurung who has told the transport union to do what it thinks is right.

The voluntary teachers are agitating under the banner of Janmukti Insecure Secondary Teachers' Organisation (JISTO).

Narbu Lama, the president of the transport union, said: "The JISTO has been requesting us to support the demand. I went and met party (Morcha) president Bimal Gurung in Kalimpong yesterday and he told us to do what we think was right. If the bipartite meeting (between the state and GTA) on November 9 fails to break the deadlock, then we will call a chakka jam. We have to keep in mind the Diwali festival and also the tourist season and we will take a decision on the date and the time keeping everything in mind."

He added: "We will call our representatives for a meeting soon and discuss the issue before finalising the date and time. We will also have to keep in mind the outcome of the bipartite meeting. The chakka jam, however, will not be immediate. If we have to call it, it might be after Diwali."

Each taxi syndicate has around 30 vehicles under it.

The stakeholders of the tourism sector are of the opinion that even a threat of such a call during the tourist season could affect the visitor footfall in the hills.

"Even a threat of a chakka jam would have an impact as tourism is a very sensitive industry," said Pradip Lama, secretary, Darjeeling Association of Travel Agents.

The ongoing tourist season started from Dusshera and it will continue till the Christmas-New Year period.

"Although our main tourist season is the March-June period, we do receive tourists during this time as well. The major flow in this season is during the one week period around Dusshera, the week during Diwali and the week around the Christmas-New Year period," said Pradip.

He added that this time, the tourist flow has dropped by almost 40 per cent compared to the same period last year.

"People from western India usually come on a package that covers Odisha, Sikkim, Darjeeling and Nepal. But with the ongoing (political) turmoil in Nepal, those seeking the package have cancelled reservations. Most enquiries for August and September did not transform into bookings," said Pradip.

"The recent political instability (in the hills) also prompted many people to cancel their reservations," he said, referring to the strain in the relationship between Mamata Banerjee and Bimal Gurung.

Darjeeling gets around 3.5 lakh domestic tourists annually and 30 per cent of them visit the hills during this time.

"The tourist inflow this year is less by 40 per cent compared to last year," said Pradip.

He said that most tourists travel to the hills during the April-June period "as people want a quick getaway from the sweltering summers. Some people look forward to travelling after the financial year and some also travel after the board and annual school examinations are over."

Samir Singhal, treasurer, Janmukti Hotel Owners' Association said: "There is no denying that the tourist inflow has come down this year. The reasons could be varied. However, we are still optimistic as we are expecting a good turnout after the Diwalis. We have good bookings during that period. We feel that threats for a chakka jam would not send the right signal for the industry." 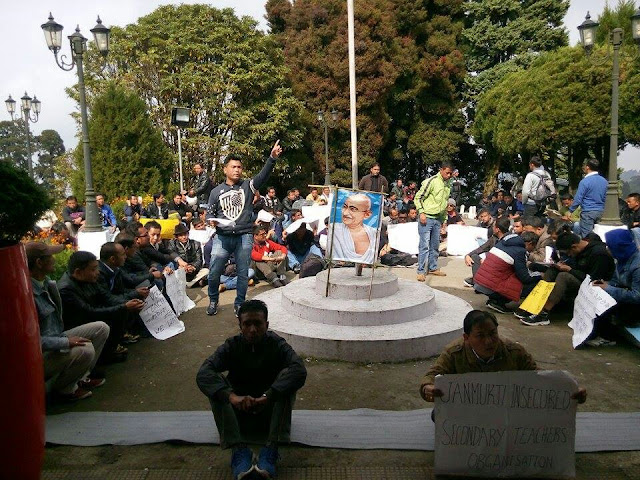