DEHRADUN 18 Nov 2015: The much awaited bicentenary celebrationa of the Gorkha community in Uttarakhand, are all set to start today with the Khalanga run, a running event that is spearheaded by international runner Roshni Rai. Speaking to TOI, Rai, a Mumbai-based lawyer turned marathon runner, said that the 8.7 km run will take the runners through a challenging terrain to the actual site of the Khalanga battle where 200 years ago, the Gorkhas and the British East India Company fought a decisive battle.

According to Madhu Gurung, one of the organizers of the celebrations, the run, which will have teenagers as well as 50-year-olds, may go on to become an annual feature, with the distance being increased to 10 km so that it becomes a half marathon. Elaborating about the significance of Khalanga for the Gorkhas, she said," The British, after the Khalanga battle, went on to build the Khalanga War Memorial in honour of their valiant enemy, the Gorkhas. It is the only memorial built by the British for their enemy anywhere in the world. For the Gorkhas celebrating their bi-centenary, it is a proud history and legacy they are determined to preserve."

The Gorkha community has planned a series of activities spanning the next four days, which includes a laser show depicting Gorkha history, a community parade, mela, musical concert and a lot of other activities. Brig PS Gurung, president of the Gorkha Bi-Centenary Mahotsav Committee, said that the cultural parade which will be held on Friday morning from Bindal bridge to Parade Ground will "give people an idea of who we really are, our clothes, dances and our history." For the first time, people of Dehradun will witness Gorkhas dressed in traditional clothes, doing traditional dances and showing tableaus of their heroes and legends," he said.

In the evening on Friday, chief minister Harish Rawat will inaugurate the Gorkha Mahotsav with a band concert at the Mahender Ground in Garhi Cantt. Besides Gorkha bands putting up what the organizers term the ''Battle of the Bands', the other attraction at the concert would be Kapil Thapa, runner up of a popular TV singing reality show. A light and sound show showcasing the 200 years of Gorkhas will round off the evening. On Saturday and Sunday, visitors can sample Gorkha delicacies and buy souvenirs at the Gorkha mela at Mahender Ground. 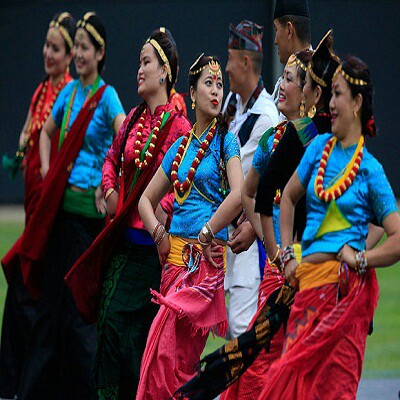