The Hill Trinmool has threatened to undertake hunger-strike starting from the 1st week of December, to protest against "rampant corruption" in Gorkhaland Territorial Administration.
Speaking to the Press, Hill TMC Secretary Chewang Bhutia stated that they have all the proof and they will show where and how corruption has unfolded in GTA.
Mr. Chewang said that the decision to undertake a hunger-strike was taken at an important party meeting.
Raising an important point Hill TMC Youth president Mr. Bhupendra Lepcha stated that GTA should take representatives from all the hill political parties for the upcoming GTA-Bengal meet, in order to maintain transparency. He accused that "such meetings are done for self-interest and not the interest of the people... so inclusion of all the hill parties will bring the truth out in the open."
Via TheDC - pic Source: Himalaya Darpan 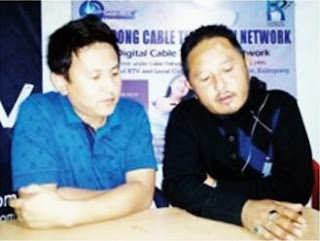