Darjeeling, Nov. 26: A GTA event to posthumously honour Ari Bahadur Gurung, who had represented the Gorkhas in the Constituent Assembly, turned out to be a damp squib today with many members of the GTA Sabha and officials of the hill body keeping away.

A GTA Sabha member who didn't want to be named suggested that the low turnout was on account of GTA chief executive Bimal Gurung's absence. "When Gurung is there, everyone wants to show their face but when he is not around, not many are bothered about any event irrespective of its importance. This has become a trend," he said.

Gurung is presently in New Delhi to meet the Union home minister.

Ari Bahadur, a signatory to the Constitution, is referred to by the Indian Gorkhas to rebut the allegations that they are foreigners. Udai Gurung, son of Ari, was felicitated at the event held to celebrate the Constitution Day.

By the time the celebration at the Gorkha Rangamanch Bhavan ended around 2pm, the hall was almost empty. Less than half of the auditorium with a seating capacity of 864 was filled when the celebration began around 11.30am.

"We had sent invitation to all GTA Sabha members, GTA executive directors and other officials and also to representatives of different communities. Invitation had also been sent to all councillors of Darjeeling municipality. In total, we had sent about 350 invitation letters," said an official of the GTA's information and cultural affairs department which conducted the programme.

Binay Tamang, the executive GTA Sabha member in charge of information and cultural affairs department, touched upon the low turnout in his speech. "Despite an official announcement by the GTA and invitation being sent to all, the hall, which should actually be overflowing, is not even full. It is a very sad day. We talk about our constitutional rights but we also need to honour everything related to the Constitution."

He also announced that a statue of Ari Bahadur would be installed at Lal Kothi.

Asked about his absence, GTA Sabha chairman Bhupendra Pradhan said: "Oh, really. Tomorrow I will be coming as a meeting of the GTA Sabha has been scheduled."

Roshan Giri, executive GTA Sabha member, was absent as he had to go to Siliguri as his father took ill. Jyoti Kumar Rai, a GTA executive sabha member, too, was away in Siliguri for an eye check-up.

Ari Bahadur, a lawyer, breathed his last on July 4, 1980. Bimal Gurung had visited Bahadur's home in Kalimpong during his ongoing padayatra. 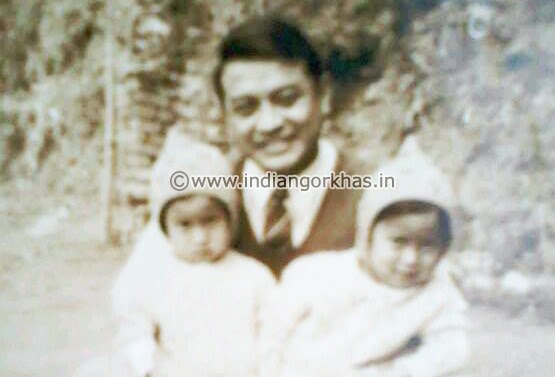