Nov 16, 2015  National Federation for New States (NFNS) Delegation led by Munish Tamang met Union Home Minister Sh. Rajnath Singh today.
The delegation reminded him of the Gorkhaland promise made by his party in the 2014 manifesto.

The delegation also stated that the demand for creation of new state is not a regional demand and it should be made part of the national debate.

The delegation included leaders from Bundelkhand, Vidharbha, and Bodoland.

A memorandum was also presented to the Home Minister.

NFNS will also meet the Prime Minister and the President of India. 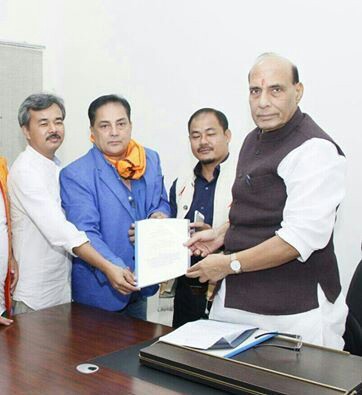