16 Dec, Gangtok  : A fresh report of brutal bloodshed attack on several Sikkim students studying in ITFT College at  Chandigarh is reported. According to the Sikkim student’s representative from Chandigarh (Sikkim Student’s Welfare Association of Chandigarh) told that while more then 30-40 Sikkim students were returning back to room from college around 5:10 – 5:20 PM in evening of 15 Dec massive numbers of miscreants stopped bus at Khuda Ali Sher Bus Stand and started throwing stones, bricks on Sikkim students. The miscreants even used sharp weapon and rods to causing deep injuries to several students in the bus. More than 30 students got severely injured who are being taken to hospital and other students who flee are yet to be traced, as they also faced severe attacks. We are trying to communicate those missing students also said Sikkim student’s representative.

Following the matter, media associate Veergorkha of Himachal when contacted SHO Sector 11 Narendra Singh, SHO told media associate “There is nothing to panic or get frightened, , we are here. The brawl of today is connected to an unresolved dispute that arose some day back in ITFT college. Since incident has taken place within the purview of Punjab inside their border, it do not fall under our jurisdiction ; however, we have registered FIR against the culprits and we shall arrest them. Few students have suffered injuries after medical examination and treatment have sent them to their dwelling. We have taken up this matter very seriously.

The cause of the incident as narrated by Sikkim Student’s Welfare Association General Secretary Sujendra Rai, told that few days back the some group purportedly circulated a video containing beating Sikkim students mercilessly, the video was created to spark agitation once again by those group of Himachal students. We even wrote complaint letter naming some students associated with circulating of video to the Principal in that regard unfortunately he also took no interest for our safety or serious note of the matter. Principal directed us to fight outside college gate not within campus area. That which has now made every Sikkim students unsafe here, we immediately need Sikkim Government to take up this matter for safety of our students studying in Chandigarh. 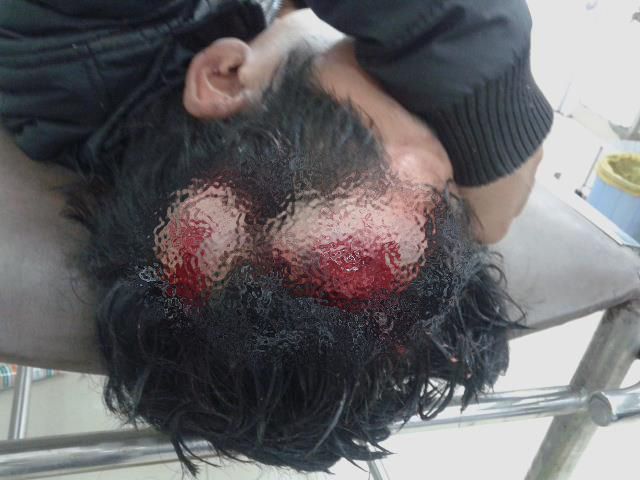