The Mamata Banerjee government has decided to give finishing touches to a proposal to make Kalimpong as a separate district to lend more credibility to Harka Bahadur Chhetri as a leader to rival the Gorkha Janmukti Morcha in the Darjeeling hills, sources in Nabanna have said.

A proposal for the creation of the district is expected to be tabled in the next cabinet meeting scheduled for December 18.

"The state government had received a proposal to set up Kalimpong district from Harka Bahadur Chhetri.... A proposal is being prepared and it could be tabled in the next cabinet meeting along with the proposals for forming three other districts - Jhargram, Basirhat and Burdwan (industrial)," said source in the state government.

While the decision to carve out Jhargram, Basirhat and Burdwan (industrial) as separate districts was announced by the chief minister at a public meeting in North 24-Parganas a few days ago, the decision on the proposed Kalimpong district was kept under wraps because of the possibility of adverse ramifications, the sources said.

According to the sources at Nabanna, while setting up the three other districts are purely administrative decisions, the plan to form a Kalimpong district is part of Mamata's political strategy to weaken the Morcha and isolate Bimal Gurung. "The state government is set to clear the proposal of Kalimpong district apparently to keep Gurung under pressure and prop up Chhetri as the main leader of Kalimpong," said a senior government official.

Even though the Morcha has been stating that a separate Kalimpong district was originally the party's demand, sources said the government would make it clear that it was acceding to Harka's demand, not that of anyone else's.

Mamata has been trying to create several other power centres in the hills since Gurung launched an indefinite strike in the hills in August 2013, renewing the demand for Gorkhaland.

The state government had earlier announced development boards for Lepchas, Bhutias, Sherpas, Mangars and Tamangs, which did not go down well with the Morcha.

That her strategy was yielding results was proved in September when Kalimpong MLA Harka Bahadur Chhetri snapped ties with the Morcha and raised the demand for the separate Kalimpong district, sources said.

"The state government was keeping track of developments in the Darjeeling hills since September. The way Chhetri was welcomed by the youths in Kalimpong after he returned to the hills after snapping ties with the Morcha, it had encouraged the ruling establishment," said a senior government official. 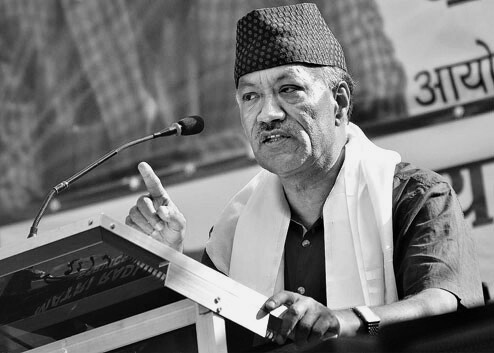