Mr. Dilip Kumar, a Gorkha Youth and Students' Association volunteer based in Gurgaon, originally from Manipur, who had rushed to help Mr. Thangkhal, stated, "He was attacked by three goons at Chakkapur, they were with laathis at hand. They were drunk and were hurling abusive words. A girl saw the incident and when she came to his rescue, she was pushed back and was not allowed to reach to the victim... by then crowd had gathered, but nobody came forward to help."

Thankfully for Mr. Thangkhal, a few more northeast girl came forward to help the victim, however adds Dilip, "The shopkeepers were just mere spectator and did not help identify the miscreants".

Mr. Thangkhal was rushed to Uma Sanjeevni Hospital in Gurgaon where doctor administered first aid. He was then sent to Modern Diagnostic and Research Centre in Gurgaon for CT scan. His condition will be closely monitored for next 24 Hrs

All sections of Northeast community have condemned this attack and the Delhi Police for Northeast Folks Chief Mr. Robin Hibu has called for strict and immediate actions against the culprits. However, till the writing of this report, no one had been arrested.

We strongly condemn this heinous crime and pray for early recovery of Mr. Thangkhal. 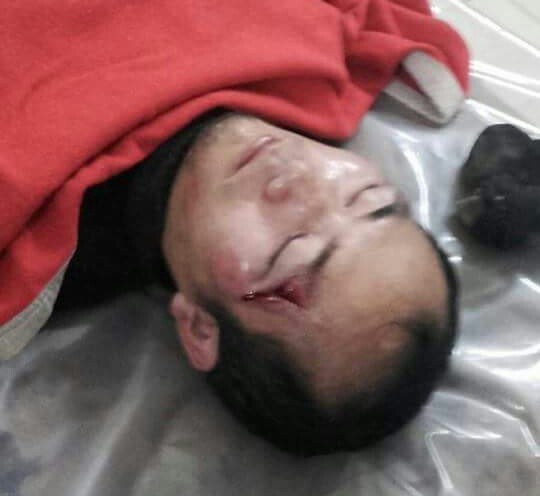