Kalimpong MLA Harka Bahadur Chhetri today said he would hold a public meeting at Mirik on January 10 and make certain announcements regarding the new party he intended to float.

On December 31, he had said the party would be formed "not later than January 10".

Speaking to reporters at the state guest house here this afternoon, Chhetri said: "We are in the process of forming a new party... We need to arrange the organisational framework before we make a formal announcement. There is also shortage of funds, which we have to look into."

He added: "On January 10, I will announce the date when a formal declaration (regarding the party) would be made. Also, I will apprise people of the need to form the party, our agenda, and some other details."

"There are around 400 children in the (closed and ailing) tea gardens and they study in different institutions. Due to paucity of money, they are not being able to pay the fees ... I have urged Partha Chatterjee to see that their fees are waived, " said Chhetri, who quit the Gorkha Janmukti Morcha in September last year.

"I have also urged for the implementation of more central welfare schemes in the gardens," he added. 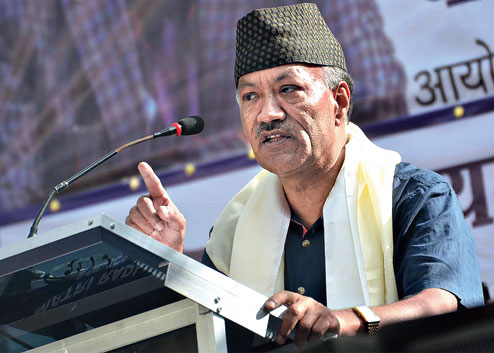